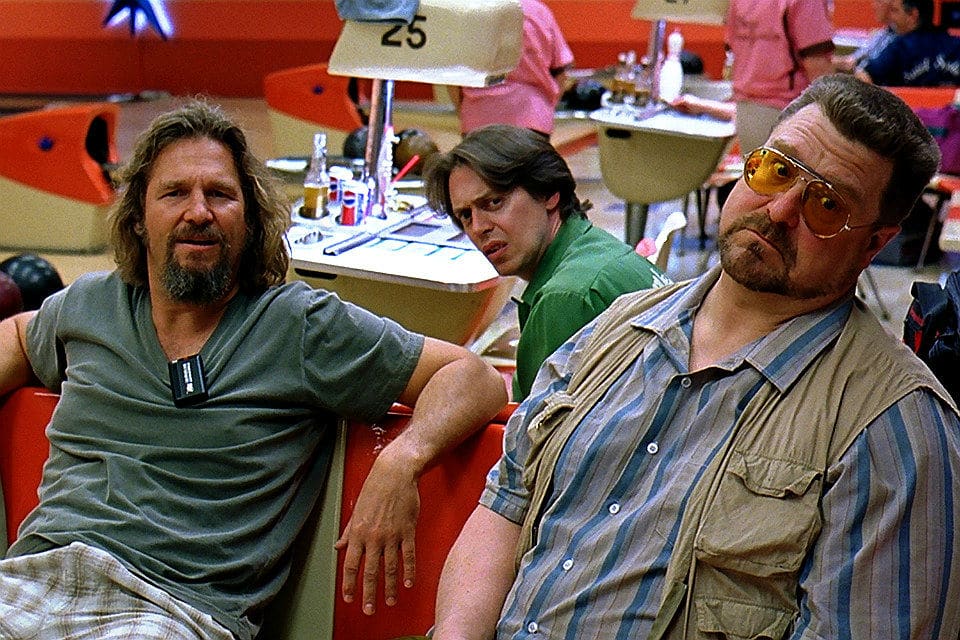 Soon, very soon, the seventeenth film directed by Joel and Ethan Coen will be released to the world. Originally intended as a series, The Ballad of Buster Scruggs is now an anthology western movie that will tell six stories about the American frontier. It will feature Tim Blake Nelson, Stephen Root, Tom Waits and many other actors big and small. The question is, where will it land on the continuum of greatness that is the Coen brothers filmography?

We’ve laid the groundwork by putting together our ranked list of the ten best Coen brothers movies. Will Buster Scruggs land up there in the top tier, or will it find company among the four films that lamentably didn’t make the cut (or with the two that definitely didn’t)? We’re hoping for, and expecting Option A. Hoping it will be one more Coen brothers movie to bring their patented mix of black humor and wry tragedy, their beautiful cinematography, their indelible characters and masterly command of the power of language to the screen one more time.

Coen brothers films remind us why we watch movies. They let us enter worlds fully formed and real — but always a few degrees off center — that exist nowhere else but in the exacting imaginations of two brothers from Minnesota. So go ahead, sit down and watch all ten in order. We can’t think of a better way to spend your time. 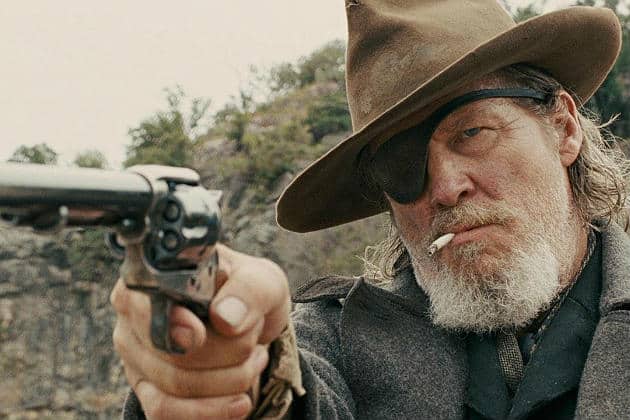 “I’m a foolish old man who’s been drawn into a wild goose chase by a harpy in trousers and a nincompoop.”

The Coens have directed seventeen movies so far, and only two (possibly three) are sub-amazing. So it was a gamble for them to put the success of their fifteenth film on the shoulders of a child actor. True Grit centers on a stubborn teenage girl named Mattie who hires a one-eyed, hard drinking US Marshall (Jeff Bridges) to track down her father’s killer — and insists on joining the manhunt.

If the actress playing Mattie didn’t work, neither would the movie. Fifteen thousand applicants later, they found an actress who did indeed work. And came away with a movie that’s beautifully shot and powerfully acted, if a touch more straightforward than their usual fare. – Amazon / iTunes / Google Play 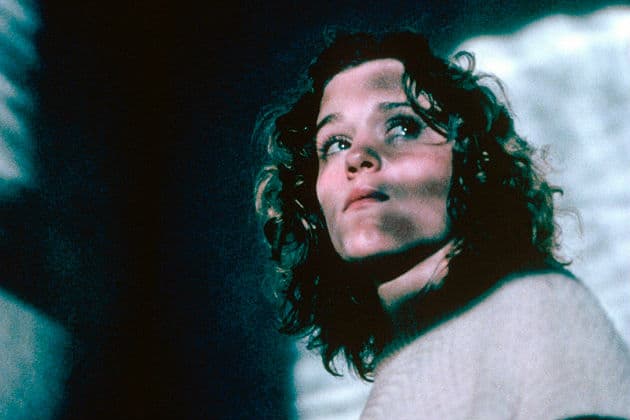 “What I know about is Texas, and down here, you’re on your own.”

To get funding for Blood Simple, they shot a trailer and showed it to dentists and inventors, asking for money. People bought in and Blood Simple got made. Watch their first film for a preview of what’s to come — intertwined plotlines, obsession with language, humor swirled with darkness, violence threaded with banality, and the futility of scemes. When a man hires a private detective to kill his cheating wife and her lover, it doesn’t turn out anything like he expects. The idea of a plan gone wrong gets a lot of play in their movies — Fargo, No Country, Llewyn Davis, O Brother — scheme all you want, life has its own designs. – Amazon / iTunes / Google Play 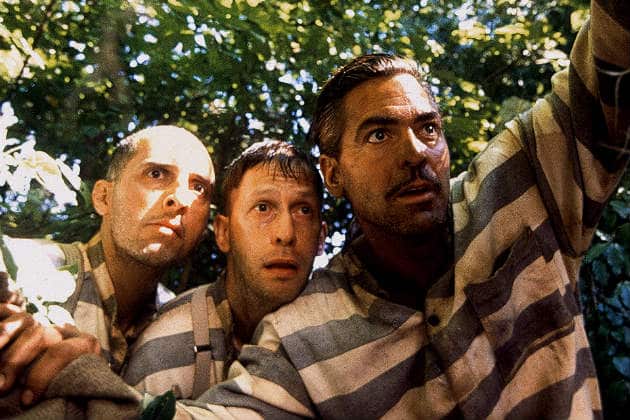 “Come on in boys, the water is fine.”

Love Americana/alt-country/bluegrass music or hate it, this movie was at least partially responsible for bringing its ilk twanging loudly into the mainstream in the early aughts. About three escaped convicts on the trail of a stashed treasure in the Depression-era South, O Brother Where Art Thou sees the three characters mixed in with a hitchhiking guitarist, a bank robber, beautiful sirens in a river, and a one-eyed salesmen.

Somewhere in there they find time to record a hit country single, stop a lynching and survive a flood. This sepia-toned, loose adaptation of The Odyssey is the Coens at their most generously pleasant, a film you watch grinning and toe-tapping — if you do that sort of thing. – Amazon / iTunes / Google Play 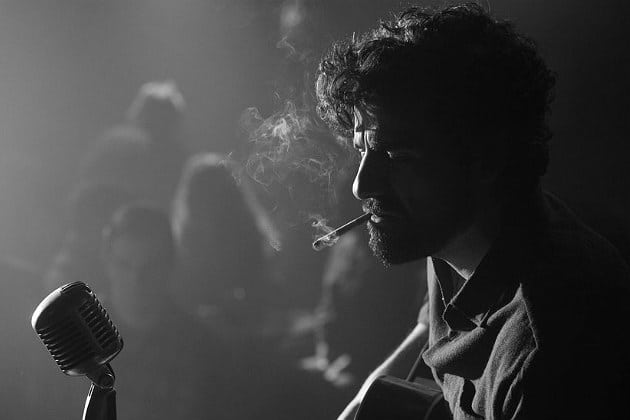 “If it was never new, and it never gets old, then it’s a folk song.”

They said the movie began with a vision about a folk musician getting beat up outside a Greenwich Village club in the 60s and they figured out the rest of the film from there. It stars the very good Oscar Isaac, who does his own singing — as do his co-stars Justin Timberlake, Carey Mulligan, and Adam Driver.

It’s their least plot-driven film, and possibly their most tragic, following a week in the life of a folk musician dedicated to his ideals, but doomed both by luck and his own stubbornness. He sleeps on couches, heckles, gets (of course) beat up outside a venue, performs, goes on a road trip and deals with a lot of orange cats. – Amazon / iTunes / Google Play 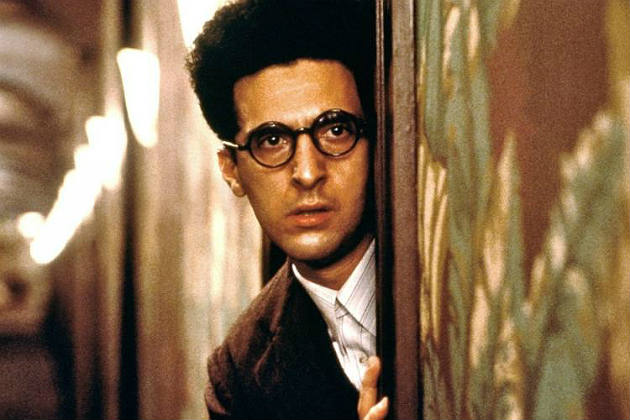 “Look upon me! I’ll show you the life of the mind!”

As the story goes, when they were working on the script to Miller’s Crossing, the inspiration slowed and the Coens put the project on pause — and banged out the script for Barton Fink in three weeks. The movie is, interestingly, about a celebrated playwright working in 1940s New York who’s lured to Los Angeles by Hollywood screenwriting money — where he’s struck with a case of writer’s block.

Barton (John Turturro) stays at the creepy Hotel Earle with a traveling insurance salesman (John Goodman) as his “common man” neighbor, and must suffer the indignities of being an artist amongst his schlock-loving Hollywood bosses. Funny, tragic, surreal and smart, it’s a near-perfect depiction of a writer’s personal hell. – Amazon / iTunes / Google Play 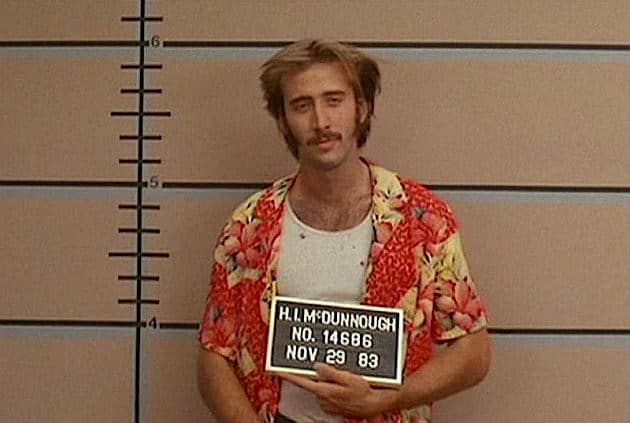 A cop (Holly Hunter) and an ex-con (Nicolas Cage) are a childless couple who can’t see the harm in taking one baby from a set of quintuplets. Crazy funny and massively fun to watch, it was shot for under $5 million and had to be “meticulously planned out” — a habit that seems to have stayed with them. – Amazon / iTunes / Google Play 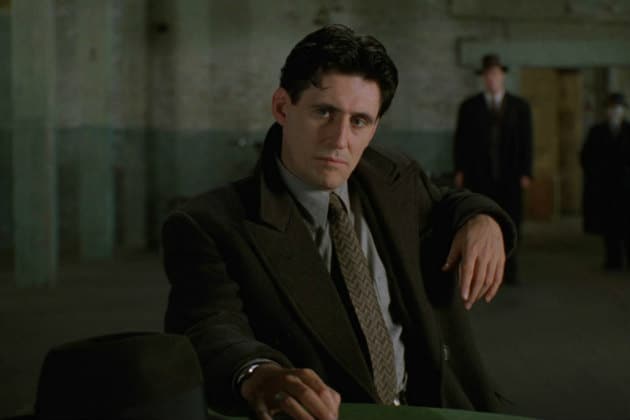 Tom Reagan (Gabriel Byrne) is the loyal right hand man to Leo O’Bannon (Albert Finney) the mob boss in charge of a Prohibition-era town back east. When Leo is prepared to go to war with a rival mobster to protect his girlfriend’s brother, Tom confesses, out of ironic loyalty, he’s sleeping with Leo’s girl in an attempt to prove she isn’t worth it.

Betrayal and loyalty, mercy and heartlessness get equal play as Tom deals with the fallout from his confession. The plot is dense, the characters vibrant and the friendship between Tom and Leo is crushing. And it’s so gorgeously filmed, you could watch it with the sound off and it’d still be incredible — though you’d miss the brilliant score, and that meaty Coen dialogue. – Amazon / iTunes / Google Play 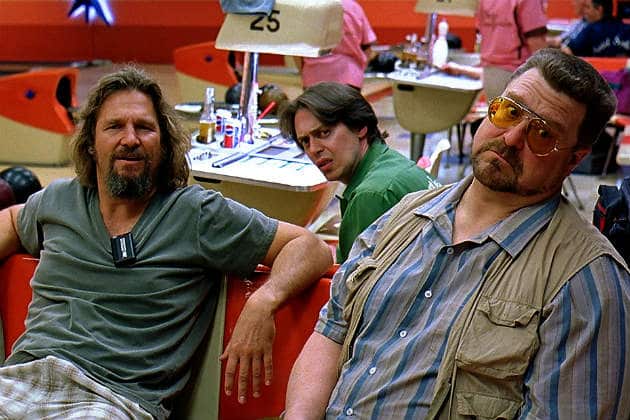 “Her life is in your hands, Dude.”

Using that noir-colored framework, the Coen Brothers lay out their most language-obsessed and cultiest film in a long line of cult films, inspiring such rituals as the Big Lebowski Challenge and the annual Lebowski Fest (in Chicago and NYC this year). It’s hilarious and cool and gets even better the more times you watch it — especially with a White Russian or two. – Amazon / iTunes / Google Play 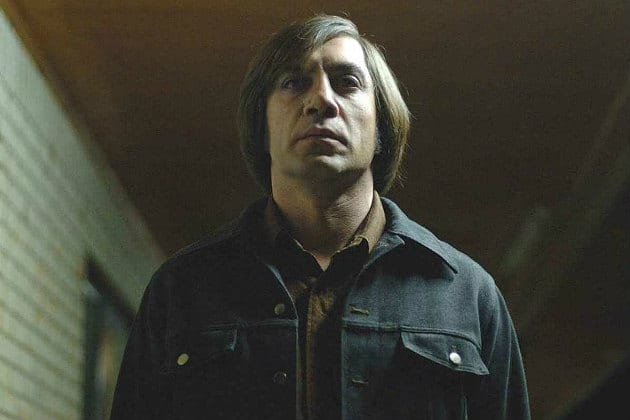 “All the time you spend trying to get back what’s been took from you, more is going out the door.”

One of the finest adaptations ever put to film, No Country for Old Men swept awards and floored just about every critic — and introduced an unsettling antagonist with equally unsettling hair. Putting it at number two on our list was a tough move. It’s beautiful and bloody. Every scene is meticulously composed. Every shot, every sound is consciously building tension — and you can’t stop what’s coming.

When veteran and hunter Llewelyn Moss (played with tragic stubbornness by Josh Brolin) happens upon the bloody aftermath of a shootout, he finds a case full of money and takes it. That sets a very driven killer (the wonderfully disturbing Javier Bardem) into motion, just one step behind Llewelyn, until he’s not. Witnessing it all is the weary heart of the movie in the character of sheriff Bell, played by Tommy Lee Jones. – Amazon / iTunes / Google Play 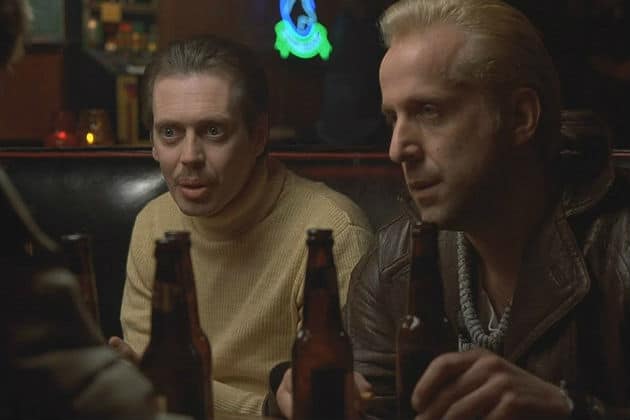 “Keep it still back there, lady, or we’re going to have to, you know, shoot you.” The movie that made everyone in the late 90s talk like a Minnesotan, Fargo is the epitome of what makes Coen brothers movies different from all other movies out there. Blending the bleakest tragedy with mundane, absurd comedy, it feels so much bigger than its $7 million budget and cemented the Coen brothers as major, enduring filmmakers for any who had yet to be convinced by Miller’s Crossing/Barton Fink (or were worried by the failed Hudsucker Proxy).

William H. Macy (who more or less demanded the role) plays a man with money troubles who hires a couple of guys (Coen regulars Steve Buscemi and Peter Stormare) to kidnap his wife, with the expectation that his rich father-in-law will pay the ransom. But here, as we’ve learned with the Coen brothers: The more you plan, the less it works. Which is in stark contrast to the way they make films, with nearly every gesture and moment scripted and storyboarded to cinematic perfection. – Amazon / iTunes / Google Play 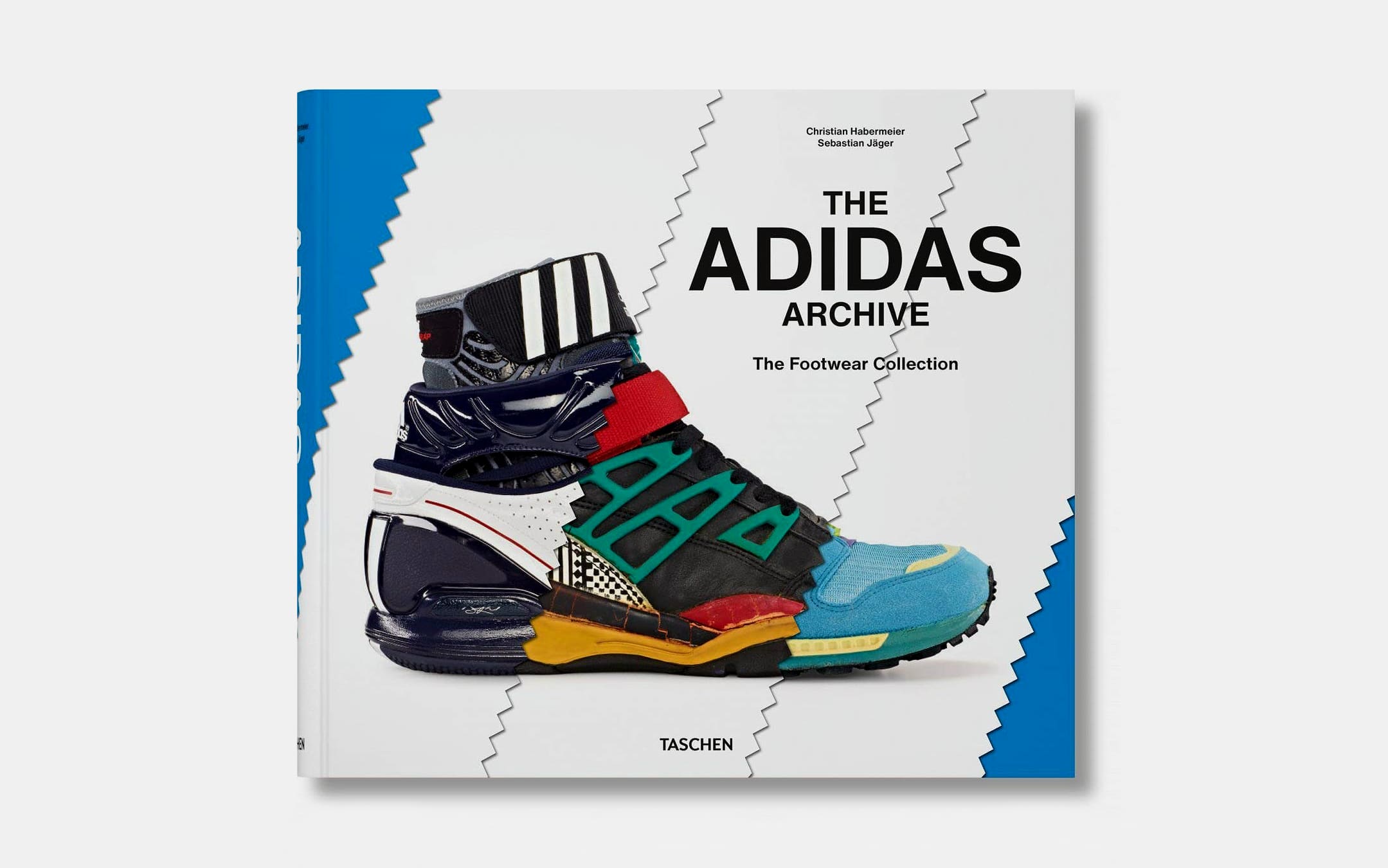 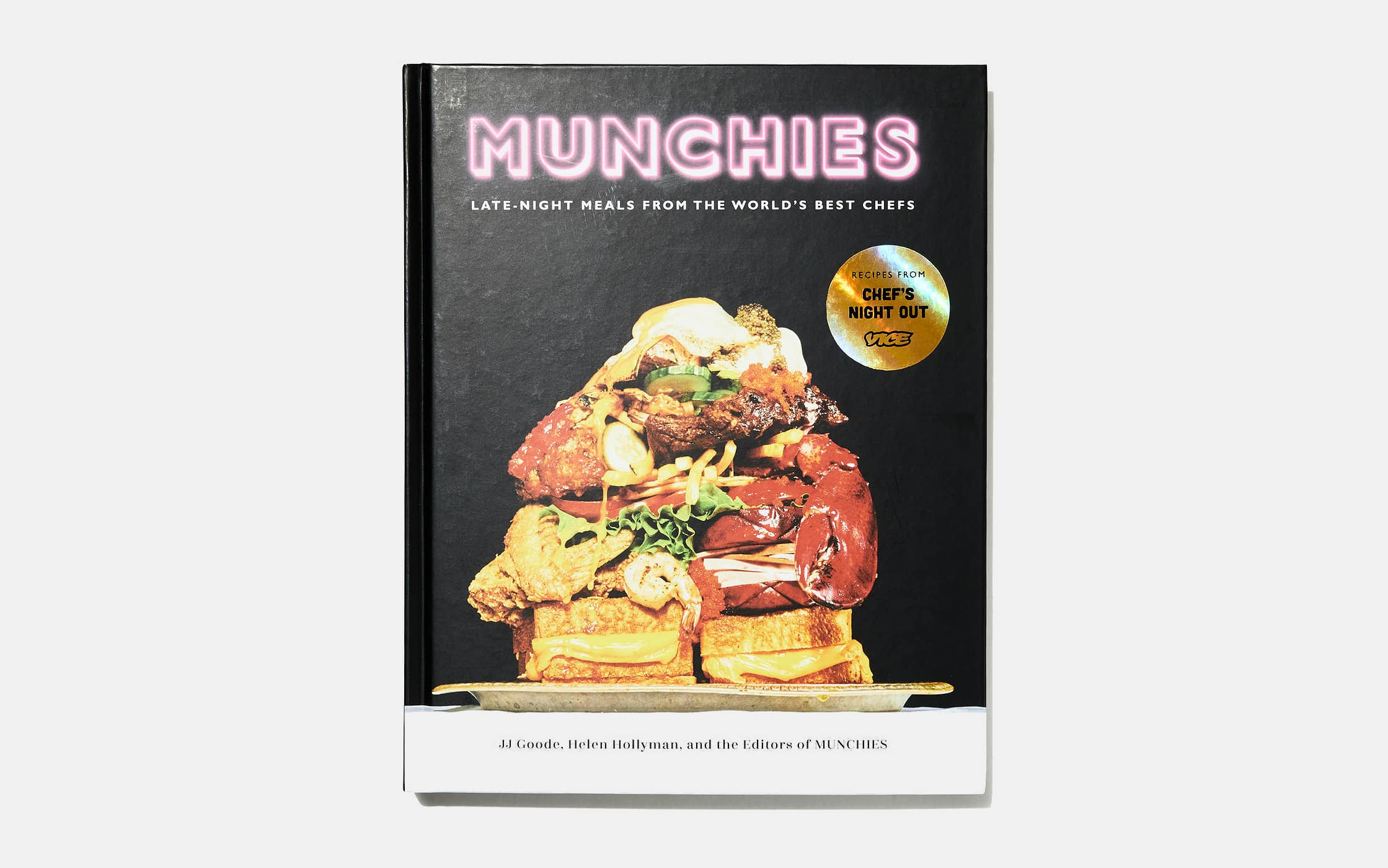