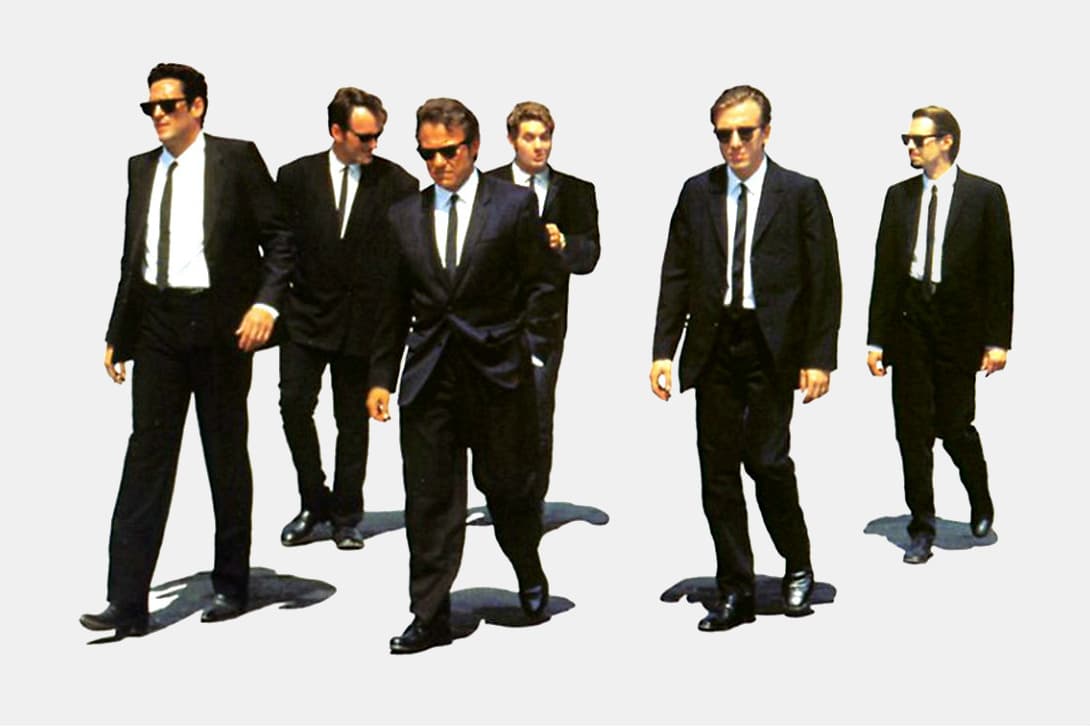 What is it about gangster movies? Blood and violence, glitz and grit, sure. But there’s something more. Codes of ethics among made men. The honor of doing what needs to be done. Deep loyalties, profound betrayals, single-minded acts of revenge. Maybe gangster movies get at what it means to be a man. Or maybe they’re just damn fun to watch.

Don’t trust streaming. One day you’ll want to stream one of these movies and it won’t be available. Or won’t be on the services you subscribe to. That won’t be the worst thing, but it’ll be a thing. Avoid it by owning a copy. And watch what you want, when you want. 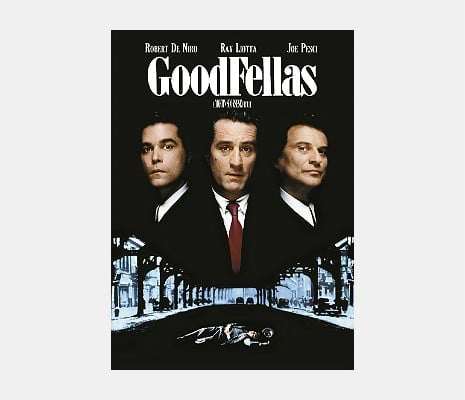 “Never rat on your friends and always keep your mouth shut.”

This isn’t just one of the top gangster movies of all time, it’s one of the best movies ever made, full stop. Riding the rise and fall (and rise and fall again) of gangster Henry Hill from teenage errand boy to organized crime heavy hitter, Goodfellas combines the adrenaline, seduction and violence of mob life with the day-to-day reality and logistics of what it takes to be—and stay—a made man. Ray Liotta stars, with Joe Pesci delivering a famously unsettling depiction as his partner in crime. – Buy It 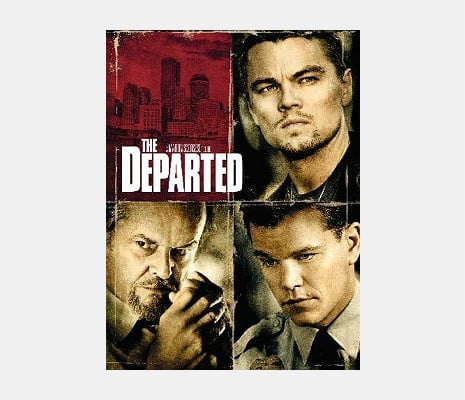 “I’m the guy who does his job. You must be the other guy.”

Here’s a case where you could call the American remake better than the original. Based on the Hong Kong film Infernal Affairs, Scorsese took a basic outline (cop undercover as a gangster, criminal working as a cop) and went in deep. Watching DiCaprio’s Billy Costigan hold it together in the den of wolves run by Nicholson’s Irish mobster Costello is some of the most gripping cinema you’ll ever watch. Matt Damon brings smug swagger, while Mark Wahlberg delivers some seriously biting dialogue. – Buy It 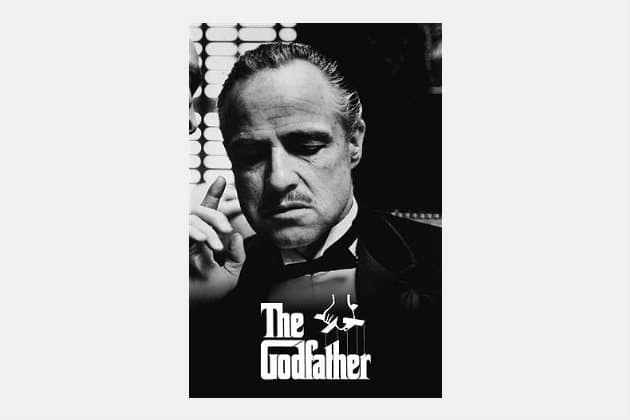 “Leave the gun. Take the cannoli”

Here’s where it began. Well, not began, Hollywood has been doing gangster films for 90+ years now, but the gangster film as we know it was born from Francis Coppola’s epic. With Marlon Brando as the head of the Corleone crime family, we follow his son, Michael (Pacino) as he tries to avoid, then decisively accepts following his father’s path. It’s all here, calculated hits, family loyalty, vengeance, betrayal and one of the most memorable baptism scenes in filmdom. – Buy It 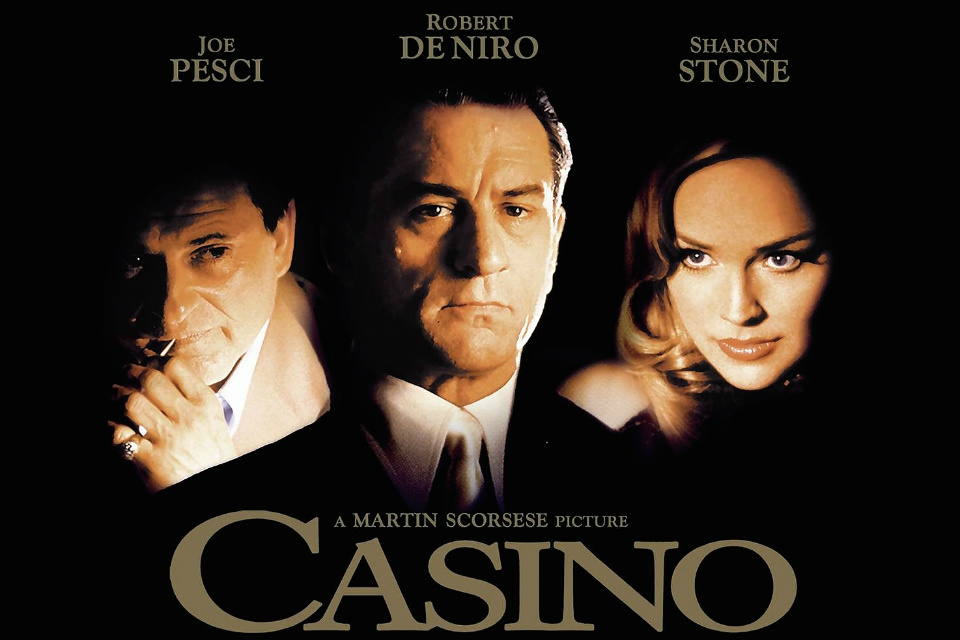 “From now on, I want you to put an equal amount of blueberries in each muffin.”

DeNiro, Pesci, Scorsese and Pileggi (writer). It’s tempting to think of this as GoodFellas Returns. But it’s not quite. Brighter, flashier and swankier, this is less the everyday blue collar mobster and more its high-rolling, big money younger brother. The arc of Casino nicely follows the arc of Vegas itself as the mob-run glitz (and gore) comes to an end and Disneyland Vegas takes over. Sharon Stone won an Oscar for bringing a special kind of high-maintenance beauty to the mix. – Buy It 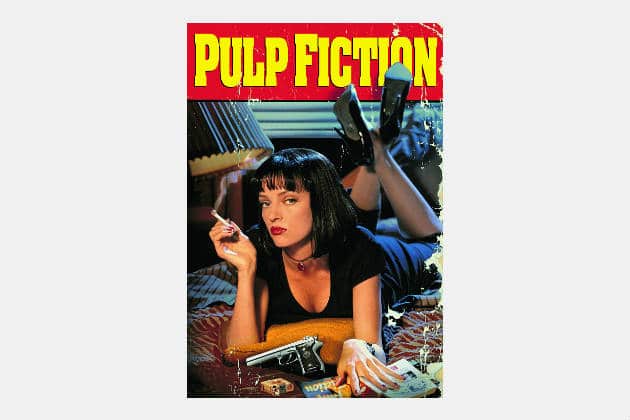 Zed. Royale with cheese. Fox Force Five. The Wolf. Seeing Pulp Fiction for the first time is like being hit with a fist full of cool. Everything you want in a movie is crammed into the sprawling grandiosity of 3 fateful (and often fatal) days in Los Angeles. Boxing, hit men, an OD, dialogue that borders on the poetic, fractured chronology, a twist contest. If you haven’t watched it again this century, you need to see if it still holds up. (Hint: It does.) – Buy It 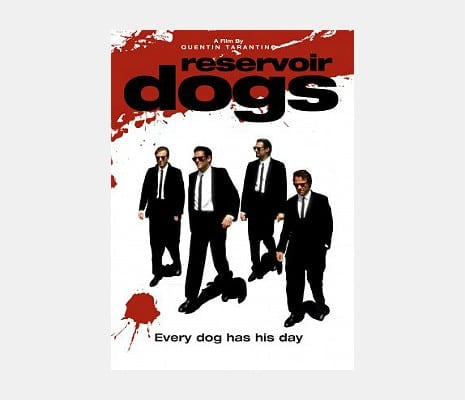 The story of a diamond heist gone wrong and the (very) bloody aftermath brought new meaning to what a low-budget film could do. Launching Tarantino on his road to becoming the exceedingly influential director he is today, Reservoir Dogs pretty much sparked the independent film movement of the 90’s. 25 years later, it’s just as smart and cool as ever. Watch it again for the 70s soundtrack, the rapid-fire dialogue and … that ear scene. – Buy It 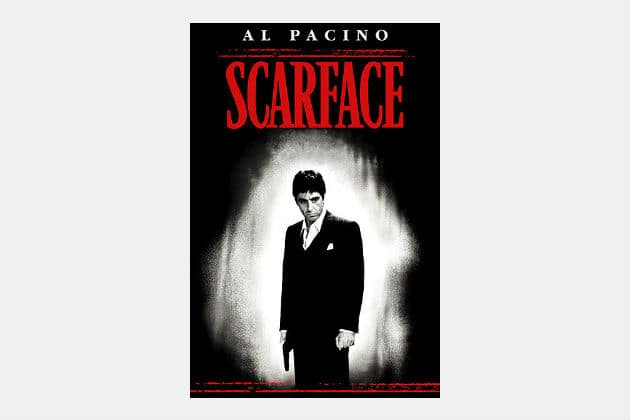 “The world, chico, and everything in it.”

Pacino plays a Cuban gangster here. One who believes he has a very clear idea of what it takes to make it in America. Starting from nothing as a Mariel boatlift refugee, Tony Montana — through a fierce devotion to violence — makes his way to the top of the Miami drug trade. With a lot of cocaine, a chainsaw and a “little friend,” director DiPalma makes a blood soaked saga that is a hardened classic. – Buy It 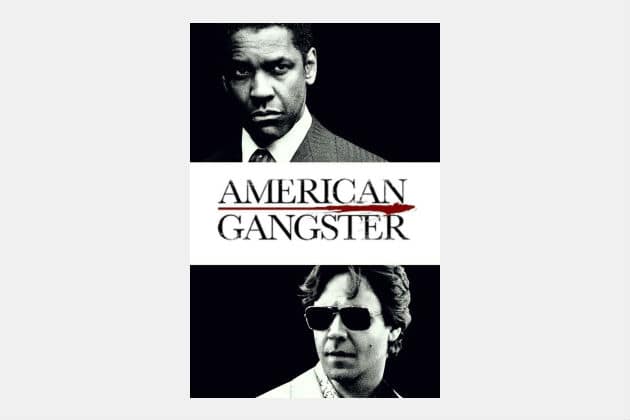 “You’re one of two things. You’re either somebody. Or you’re nobody. I’ll be right back.”

The fictionalized account of the real life Harlem gangster, Frank Lucas (Denzel Washington), follows his ascent in the 70s from right-hand man to druglord to prime target of the Federal Narcotics task force. Leading that task force is detective Richie Roberts (Russell Crowe). That Lucas smuggled heroin from Asia using the caskets of American servicemen is an element of the plot that has since been discredited, but that doesn’t make this tale of cop vs gangster any less absorbing. – Buy It 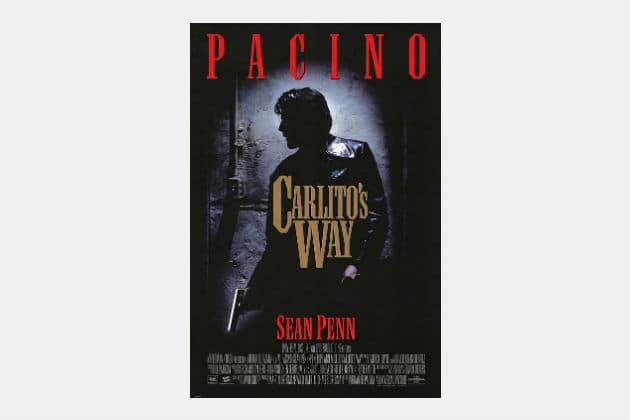 “If you can’t see the angles no more, you’re in trouble.”

Ten years after Scarface, Pacino and De Palma got back to it. Out of jail early on a technicality, Carlito vows to go straight. Since gangsters going straight has happened approximately zero times in film, this doesn’t happen. What does happen is a confluence of favors, prison breaks, assassinations and payback that play out against DePalma’s richly colored days of disco. John Leguizamo is irritatingly unnerving as an up and coming gangster while Sean Penn’s hair is worth the price of admission. – Buy It 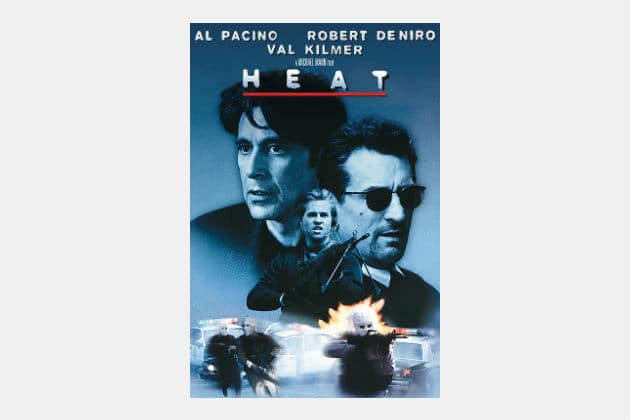 Gangster films aren’t just about gangsters. The cops pursuing them gives the whole story meaning. Watching first-rate cop (Pacino) versus first-rate criminal (DeNiro) makes this one of the most satisfying heist movies to ever go down (and a diner scene basically unmatched in colossal superbness). The precision of the opening armored car heist, the insanity of the downtown shootout, the taught LAX cat & mouse, Michael Mann sets Heat in a world that’s gritty, mechanical, stylish and unforgiving. – Buy It 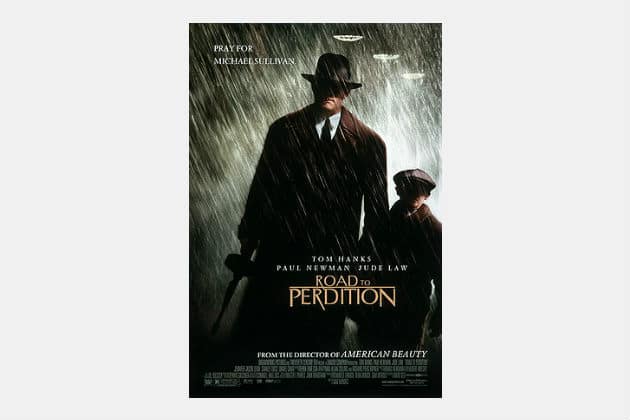 “There is only one guarantee: none of us will see heaven.”

A Sam Mendes and Tom Hanks movie about fathers and sons might not instantly sound like a gangster movie. And yet. This depression-era tale of loyalty, spiritual sons, jealousy and revenge features a bank robbing montage that moves like a ballet, a good as ever Paul Newman and an extra creepy Jude Law. Every scene looks like a moody, historical reenactment, full of shadows and muted tones and the violence feels almost melancholy. – Buy It 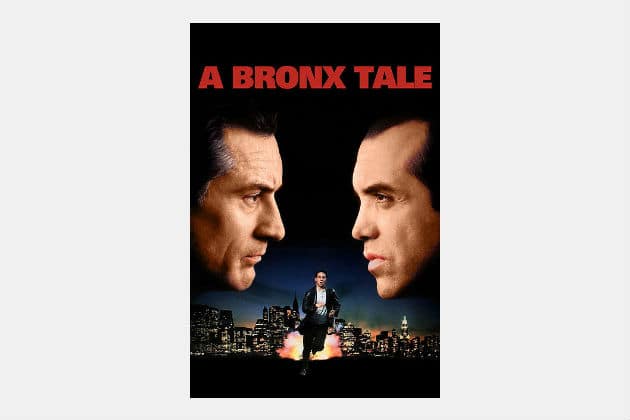 “Is it better to be loved or feared?”

De Niro makes our list again. This time in front of and behind the camera in his directorial debut. Co-star Chazz Palminteri wrote the screenplay about a time from his own childhood when he witnessed a local mobster kill a guy. A Bronx Tale picks up the thread from there and tells the story of a kid caught between the moral decisiveness of his father and the allure of the fast and moneyed life of a gangster. – Buy It 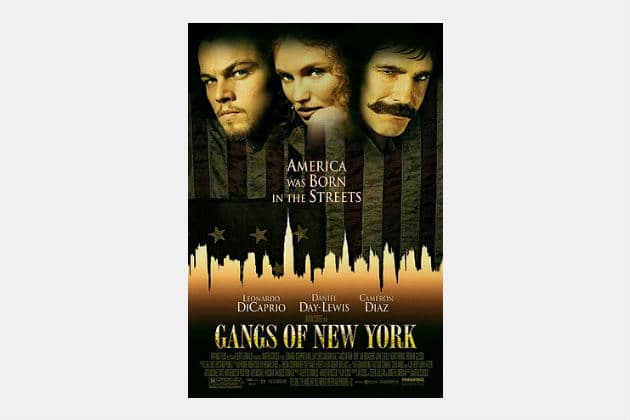 “The blood stays on the blade.”

A young Scorsese wondered what his hometown was like way, way back in the day. Then in 1979 bought the rights to a history of New York’s earliest underworld. 20 years later he made a film about it. To get the look of the mid 1800s just right, they built more than a mile of old New York. Leonardo DiCaprio and Daniel Day-Lewis make brilliant use of the detailed sets to work out a violent clash between gangs of “native” born Protestants and immigrant Irish-Catholics. – Buy It 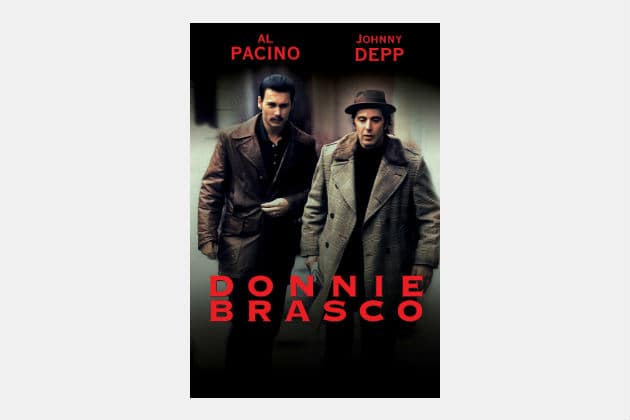 “Wiseguys never pay for a drink.”

Another film based on real life events, this one follows FBI agent Joe Pistone (Depp) who goes undercover as Donnie Brasco. Getting in extremely close to the action by way of mafia underling Lefty Ruggiero (Pacino), Donnie starts to smudge the line between agent and gangster — on the job and at home. Watching Depp reconcile his attachment to Lefty with his duty to his job is almost as gratifying as watching Pacino act out the tired end game for a lifelong gangster. – Buy It 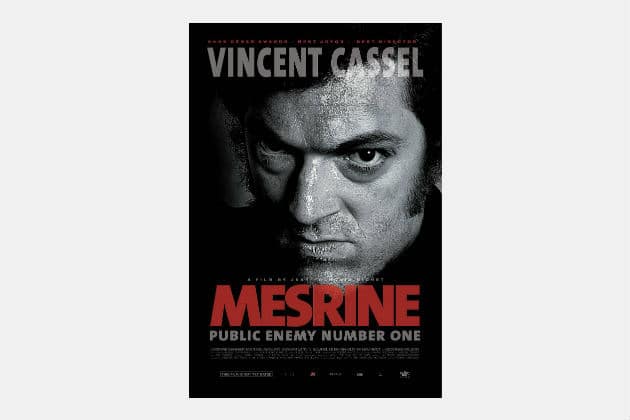 “Nobody kills me until I say so.”

A 2-part French film about the notorious French gangster Jacques Mesrine. Following robberies across France and the Canary Islands, Mesrine takes his game to Canada where he ups the stakes to kidnapping and prison breaks. And that’s just the first film. The second one finds him back in France, acting the part of celebrity criminal, taking interviews with journalists (and beating them when he doesn’t like the story). Vincent Cassel’s performance makes the whole crazy ride one worth taking. – Buy It 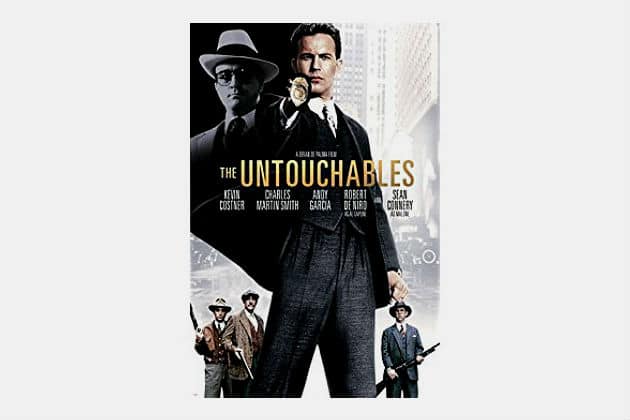 “They pull a knife, you pull a gun. He sends one of yours to the hospital, you send one of his to the morgue.”

Prohibition turned half the country into criminals, including members of law enforcement. To be sure he got a team he could trust, Federal Prohibition Agent Eliot Ness (Costner) hand picks a veteran cop (Connery), a rookie (Andy Garcia), and an accountant (Charles Martin Smith) to methodically go after Al Capone (De Niro) himself. The masterful script by David Mamet refines gangster speak to an art form and a slow-burn train station scene is one of the best gunfights on film. – Buy It 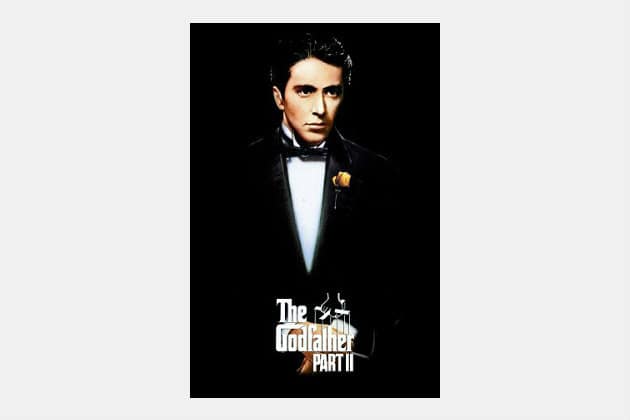 “How do you say ‘banana daiquiri?’”

Pacino and De Niro star in parallel storylines about cinema’s preeminent mafia family. One track follows Vito Corleone’s rise from Sicilian orphan to the height of mafia don we see in Coppola’s first Godfather. The other track sees Michael Corleone as he works to maintain and expand his power that has moved beyond New York and into Vegas while dealing with his own (warranted) paranoia. It’s the first sequel to ever win an Academy Award and nothing gets movie buffs going like suggesting Part II was better than Part I. – Buy It 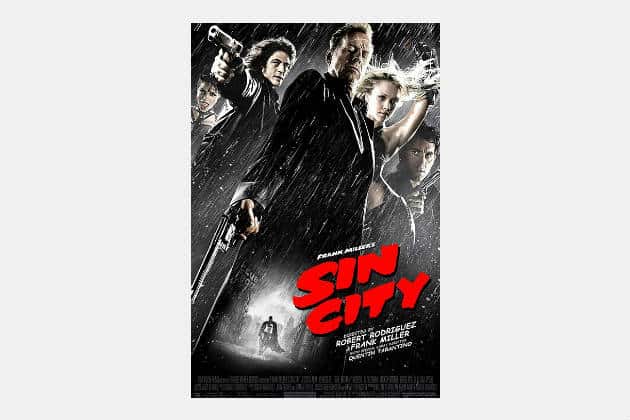 “Walk down the right back alley in Sin City, and you can find anything.”

It’s like Frank Miller’s graphic novel stood up and started talking — and walking and shooting and fighting. Featuring a string of interwoven stories set in a bleak, black and silver landscape, Sin City brings the violence and gore and makes it look brutally gorgeous. Starring everyone you want (Willis, Rourke, del Toro, Madsen, Rutger Hauer) doing all the things you want them to do (hits and rescues, vengeance and self-sacrifice), this is one that rewrites the rules of adaptation, and has a great time doing it. – Buy It 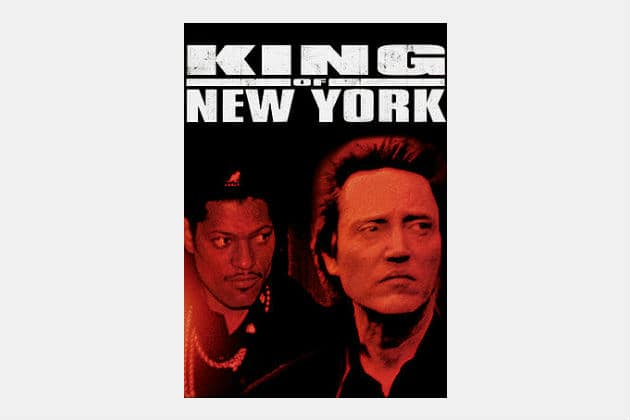 “You guys got fat while everybody starved on the street. Now it’s my turn.”

Fresh out of prison, Walken’s Frank White takes about 30 seconds before he starts establishing himself as the king of the New York drug industry. With an off-kilter Laurence Fishburne playing his number 2, Frank sets out to wipe out his competition, while simultaneously giving money to a needy hospital. Soon all that remains in Frank’s way are the cops chasing him: Caruso and Snipes playing continually frustrated NYPD narcos determined to make Frank fall. – Buy It 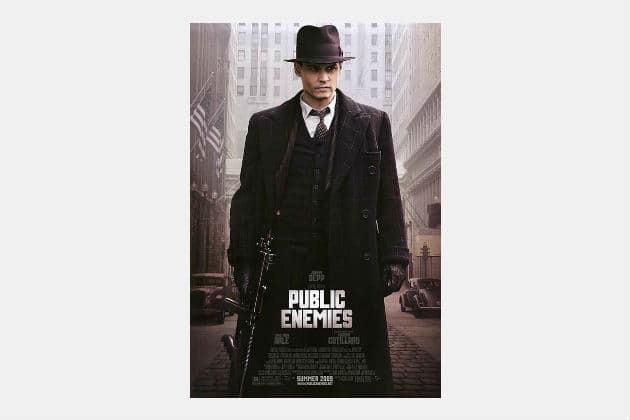 “We’re having too good a time today. We ain’t thinking about tomorrow.”

As part of FBI director J. Edgar Hoover’s first war on crime, Bale as agent Melvin Purvis is tasked with stopping Depp’s bank robbing John Dillinger. Director Mann puts a lot of focus on getting the Depression-era details right, the cars are flawless, the guns accurate and the costuming borders on opulence. Mann’s decision to shoot the film in HD digital, along with the star power, give the historical aspect a right-here-right-now immediacy that is fantastic to watch. – Buy It 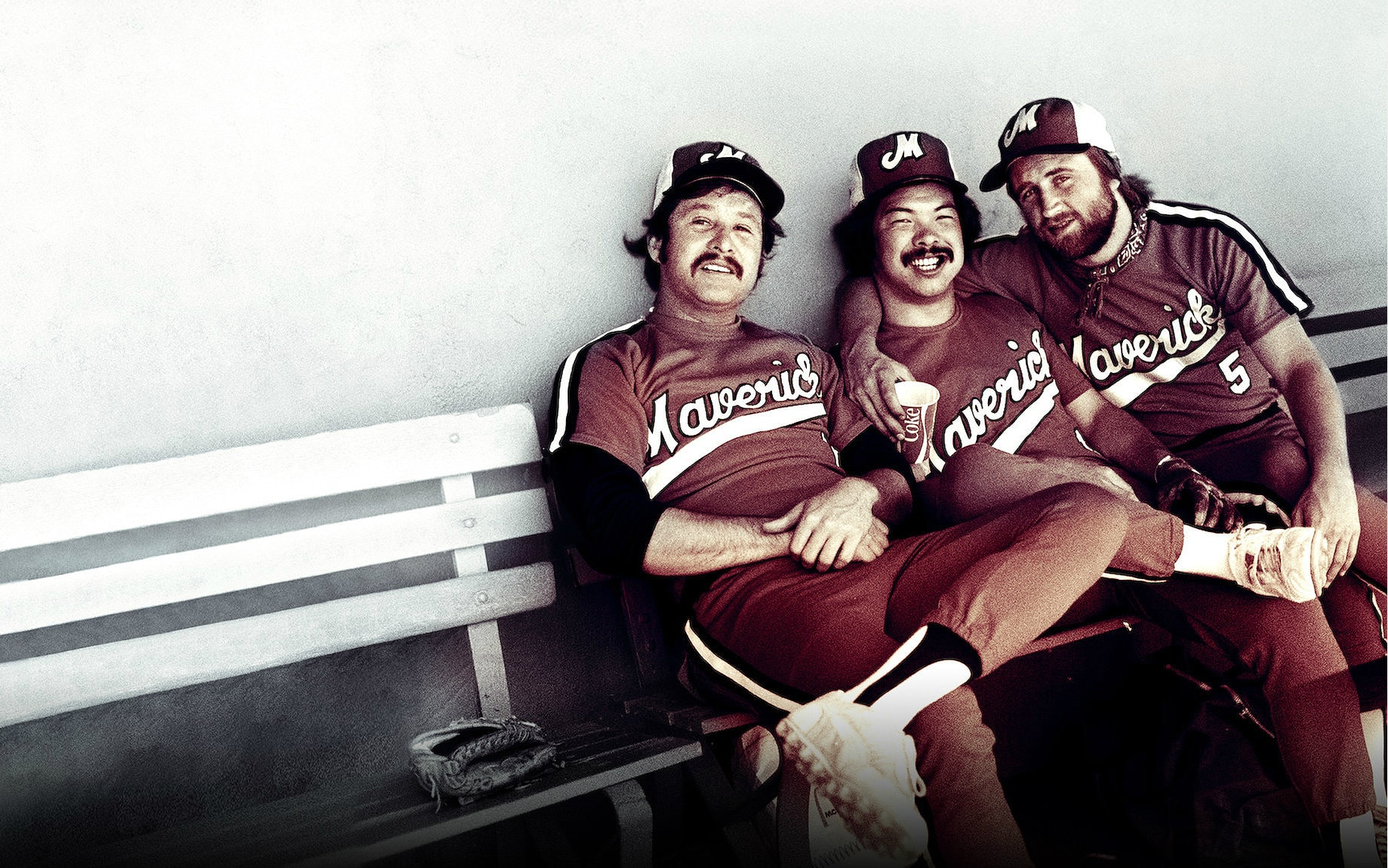 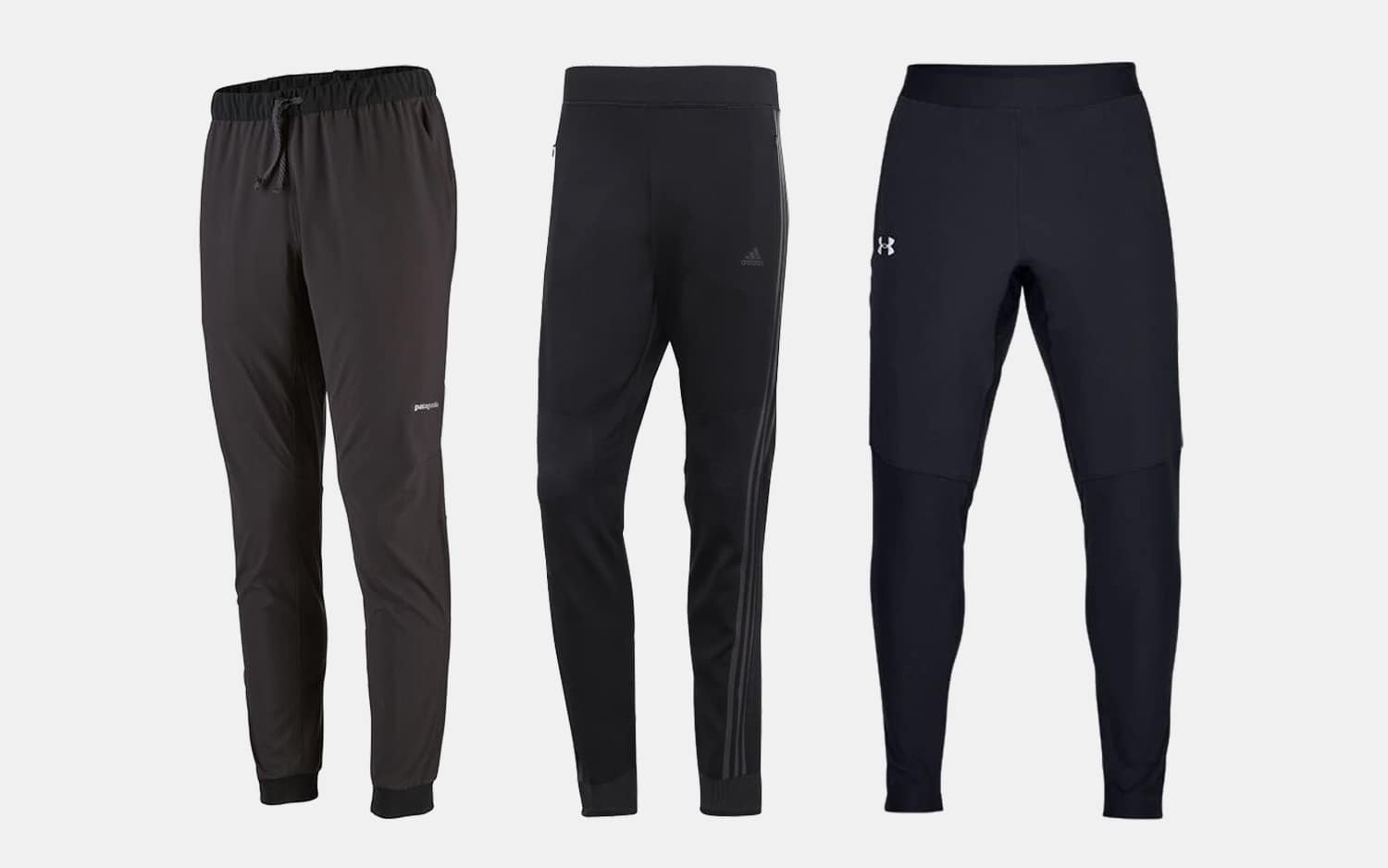