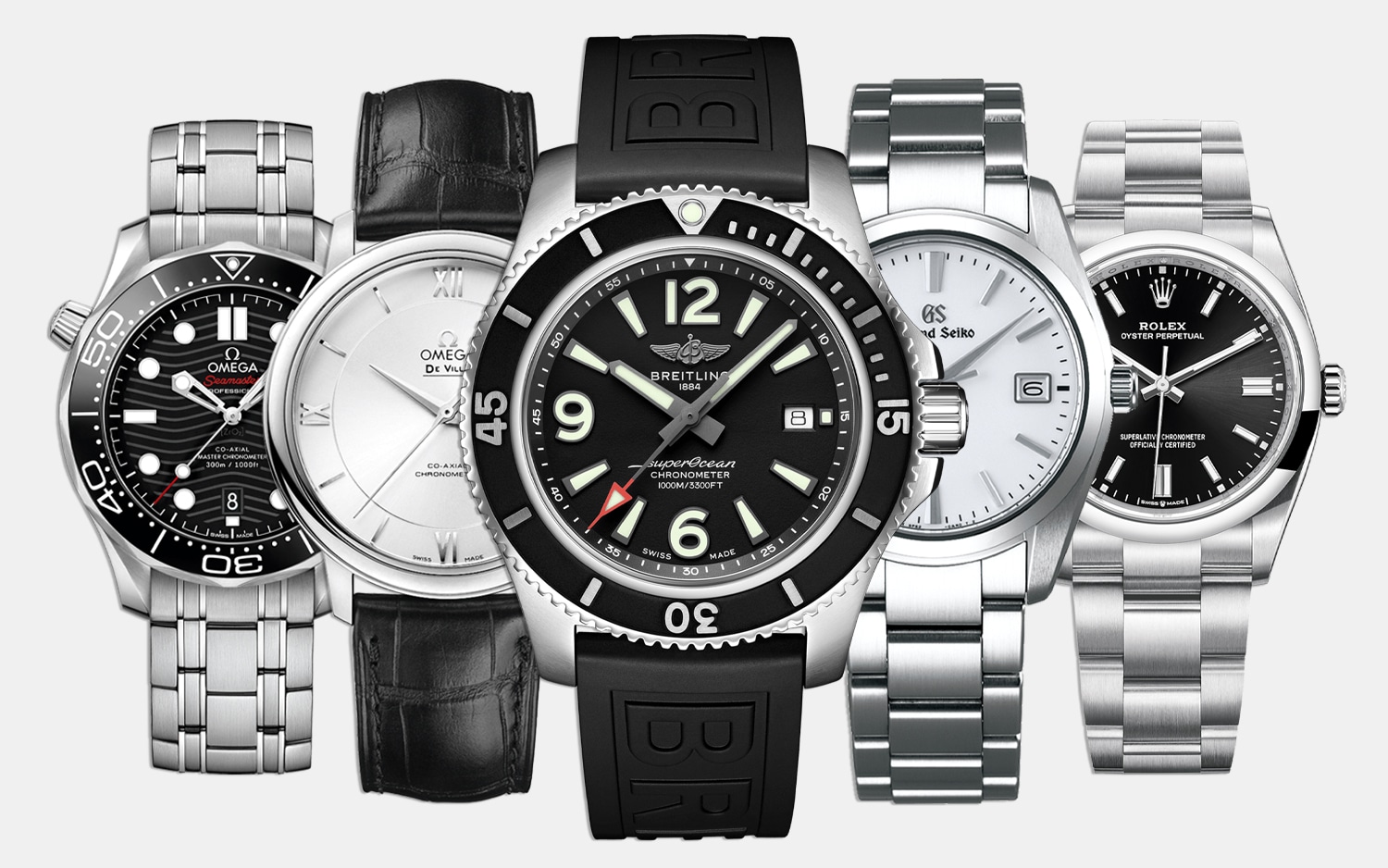 So you’ve decided to join the captain’s club and finally get that Swiss hard-hitter watch. First, congratulations. This is a fun and exciting world. Second, it isn’t actually as snobby, or as exclusively Swiss, as many might think. The 10 best entry level luxury watches that we round up here all feature horological chops, style, and reputation.

No need to be intimidated. This world is more like that classic upscale restaurant that’s a decades-long staple, and less like that trendy club with the long line and overpriced bottle service. Whether dress or sport, these timepieces are usually practically-built and something you can pass on to your son. As far as major acquisitions go, your first luxury watch might actually be your least risky.

If you’re new to Rolex, but want to look like you’ve been wearing the crown all along, then the Rolex Oyster Perpetual is your guy. It’s the direct descendant of Rolex’s first waterproof watch, the 1926 Oyster, and the 1931 Rolex that was the world’s first unidirectional automatic. Good breeding aside, modern Oyster Perpetuals are understated, trend-resistant, and minimal. They run on the 3230 automatic movement, which is basically just a collection of superior Rolex patents. The result is a precise caliber tested and certified for all-out durability by the Official Swiss Chronometer Testing Institute (COSC).

Many timepieces vied for the Rolex Submariner’s Bond-watch throne, but none more successfully than the Omega Seamaster Diver 300M. It sports the handsome design language of a classic diver, with trademark details that make it immediately recognizable. No other tool watch serves up skeleton hands, raised rhodium-plated indexes, and of course, those laser-engraved waves that everyone loves, all in the same place. The scratch-resistant sapphire crystal is also domed, for a vintage touch, and the automatic movement is COSC-certified. Lore? Check. Horological superiority? Also check.

Both a redefinition of form and a timeless essential, the Zenith Elite Classic combines two archetypal design approaches in the school of dress watches. There’s the ornate approach, watches that incorporate a lot of lines, fluted pie-pan bezels for example. Then there’s the simple approach aka the quintessential round case with no crown guards. The Zenith Elite Classic is neither and both, and definitely in a class of its own. Its silhouette is clean and elegant, while the blue-toned sunray pattern adds a pop of energy, matched and complemented by the blue croco-embossed leather strap. It’s hard to be a standard and current at the same time, but Zenith hits both notes here.

The Tudor Black Bay is filled to brim with the brand’s best practices, visually and functionally. It features that black and orange palette that’s reminiscent of vintage Submariners, complete with the bezel’s red triangle. Being that Tudor is in the Rolex family, the aesthetic has a little-bro-in-big-bro’s-clothes vibe, but in an effectively charming way. After all, the Black Bay still confidently rocks Tudor’s trademark cut-out style snowflake hands, making him more modern, maybe even cooler, than the Sub—equally as sophisticated though. It runs on the COSC-certified MT5602 caliber, an automatic movement with a whole 70 hours of power.

A true-blue, high-performing piece of gear, the super modern Breitling Superocean Automatic would feel at home in your watch drawer as well as your tool box (though it would be the best-looking thing there). Its generously sized 6, 9, and 12 indices make it exceedingly legible, its unidirectional rotating bezel is as crisp as an autumn day, and it boasts a whopping 1000ft of water resistance thanks to the two-gasketed, screw-locked crown. Other cool features include a convex sapphire crystal that’s glare-proofed on both sides, and a choice of a sleek stainless steel bracelet or a rugged and thick rubber strap.

High-gloss yet super masculine, the ever-sporty Tag Heuer Formula 1 Calibre 5 is a simple design that pays painstaking attention to every single detail. It has a uniquely brushed ceramic bezel for a subtle and silky texture, which sits beautifully next to the anthracite sunray dial and polished applied indices. The 12 and 6 are broad and daring, but like the rest of the watch, clean and tasteful. Meanwhile, there are attractive red accents throughout, including around the watch’s crown. It runs on a respectable 25-jewel Swiss automatic movement. With an overall race-track aesthetic, the Tag Heuer Formula 1 is for the on-the-go guy who likes a bold but classy style.

Sometimes luxury watch collectors have to be reminded that quartz timepieces are perfectly respectable. As no one would deny how impressive the Grand Seiko SBGX259 is, it’s one of the best watches out there to do that. First off, Grand Seiko’s 9F quartz calibers are accurate within ±10 seconds per year. Secondly, these complex movements are hand-crafted by two artisans, one focusing on the movement itself and the other on the date indicator. Seiko grows their quartz crystals in-house, hand-inspecting each for flaws, then testing each for frequency. This geological and artistic feat of engineering can take anywhere from five to nine months. The SBCX259’s porcelain white dial is adorned with shiny baton indices and artisan-attached hands, exuding Seiko’s trademark harmonious elegance. The steel body is mirror-level polished, providing glisten at every angle. And since it’s a quartz watch, it’s thin and sits comfortably on any man’s wrist.

Plain but bold, the 45mm Panerai Radiomir is large and in charge. Far from being a gaudy look-at-me-device though, its unconventional design, the inflated-square case and modern fonts, helped usher in the tradition of non-tradition within the watch world. As any classic entry-level watch, this timepiece is part of history, with Panerai introducing its “Radiomir” compound to lume up diver instruments in 1916. With a 3-day power automatic movement, this timepiece combines high-quality materials with a fun and classy aesthetic, giving Italian Panerai a seat at the table with his Swiss colleagues.

One of Omega’s lowest economic barriers to entry, the De Ville Prestige Co-Axial features an authentic vintage template, polished and cleaned to modern perfection. Its case is a little under 37mm, but wears like a 35mm since it’s so thin and delicately lugged, which means it looks great on guys with small or moderate wrists. Since it’s meant to have a gentle aesthetic, it looks as it’s meant to look, even on larger wrists. Big-time versatility here. The dial is a pearly silver, the polished applied hour markers go Roman for 12, 3, 6, and 9, and the dauphine hands are undeniably aristocratic. Overall, this dress watch is safe, elegant, and perfectly timeless.

Feel and look like a king for just around $4k with the Cartier Ronde Solo. The stately Roman numeral-clad dial is made of silvered French opaline, which is the same technique and high-gloss material artisans use when they’re making cologne bottles for dukes and barons. The silhouette is simple and dignified, the sapphire protector is scratch-resistant and crystal-clear, and the movement is a self-winding mechanical. Appropriately, the Ronde Solo is accented with touches of royal blue, first on its sword hands, and, for extra distinction, on its jeweled crown set. 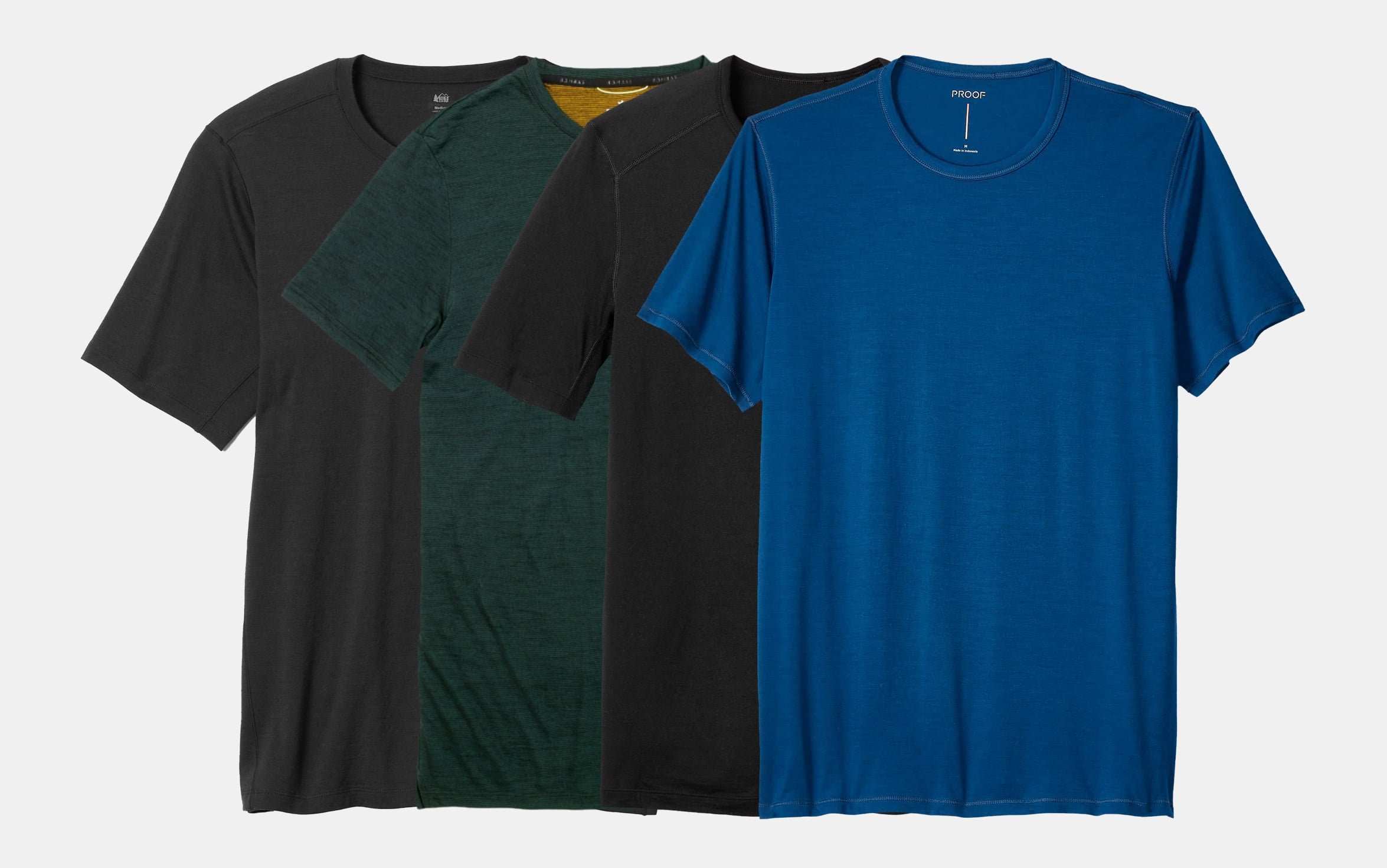 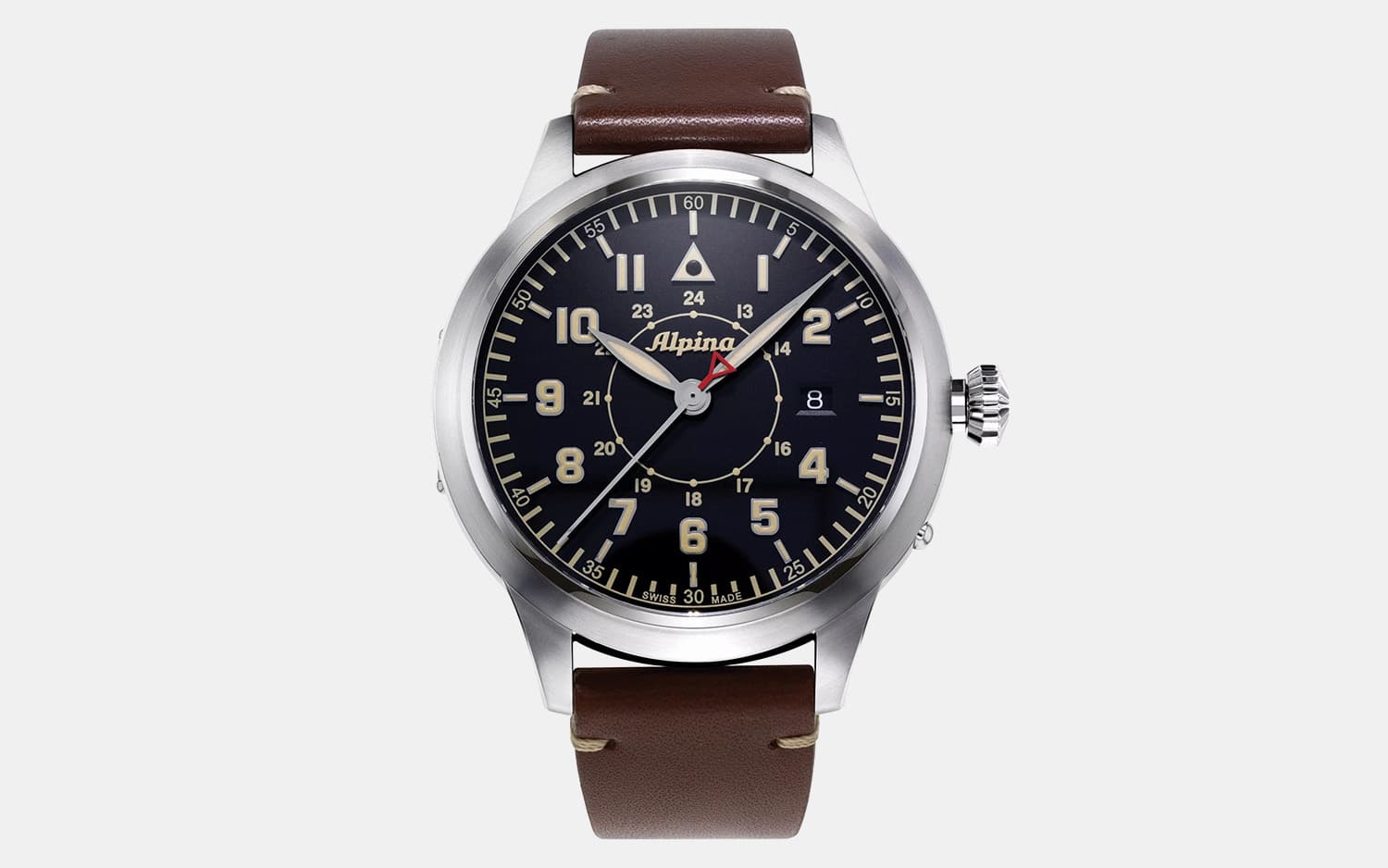