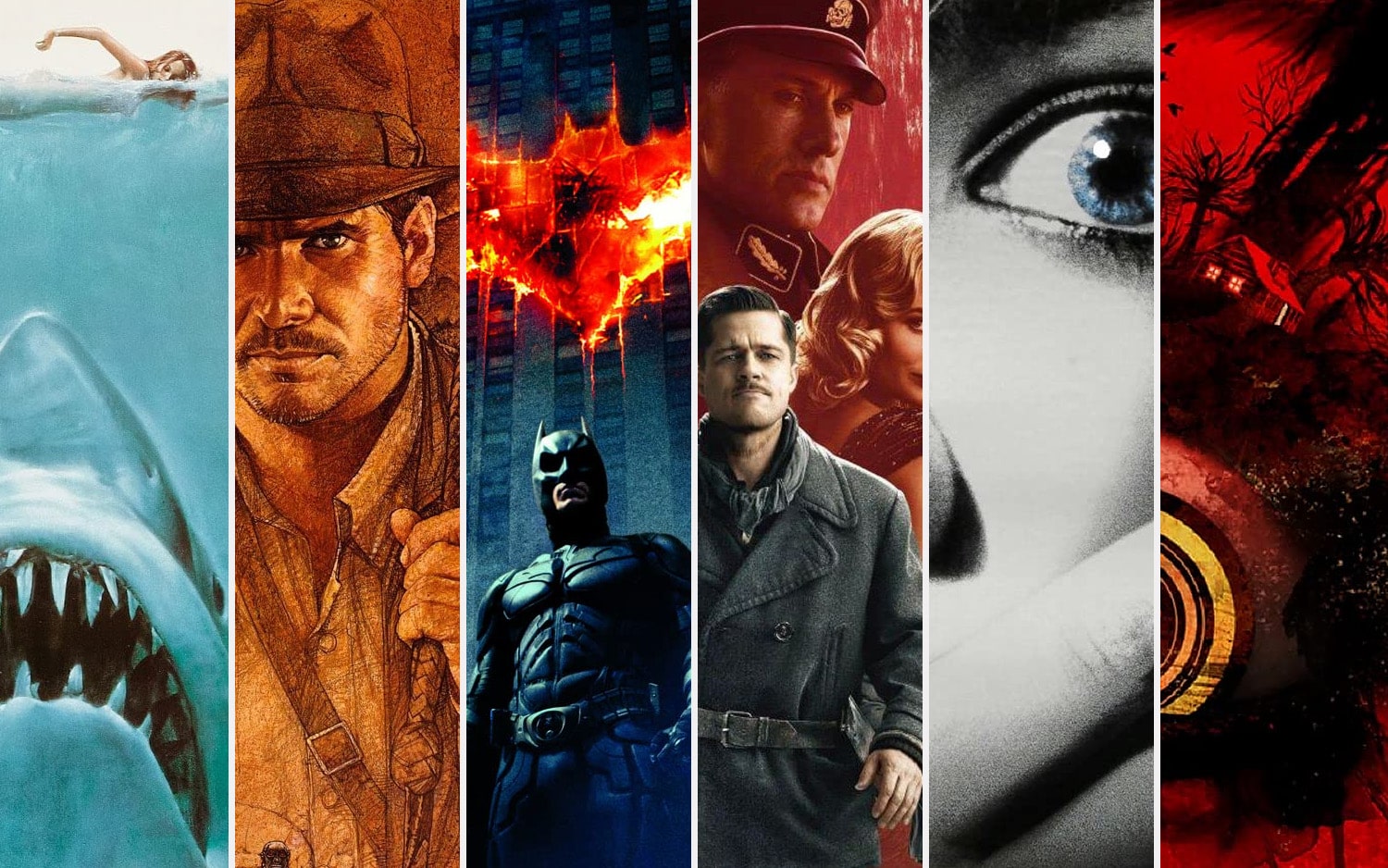 First impressions are everything, especially after you’ve paid $50 for a movie ticket, a large popcorn, and a soda. A movie’s opening scene doesn’t always make or break the experience, however. Some movies need to build the tension before the climax. These are not those movies. From Scream’s opening sequence that permanently changed the horror genre in the 90s, to the fourth wall-breaking intro of Deadpool, here are what we think are the best opening movie scenes. Have a suggestion? Send us an email and we’ll add it to the list.

Despite her many roles and accomplishments, the two places Drew Barrymore is best remembered is dancing on Letterman’s desk, and donning a dreadful, Twisted Sister-level blonde wig in Scream. Her death scene—spoiler alert—is tone perfect, with just enough irony to be fun, while still walking in lockstep with every horror trope. The only improvement would be if it were Jamie Kennedy under the knife.

Tarantino is God’s gift to film. If you don’t believe that, just ask him. However, there’s times when it’s hard to disagree. The start to Inglourious Basterds is one such instance. Really, all Tarantino did was stick the camera on Christoph Waltz and let Waltz charm and smarm his way along. You know right from the jump you’re dealing with a true grinning monster who wields the Nazi’s steel fist in a velvet glove.

All fear boils down to one thing: The unknown. Spielburg kicks off Jaws with enough unknowns to make cheeks clench even today. First, he’s got the ocean depths, which is a whole mysterious world full of things that don’t even have the courtesy to go bump in the night. Then, something unseen under the placid surface of the water jerks a young woman screaming into its murky embrace. Add in John Williams eerie, stringy score and anyone not on the edge of their seat is either dead or a psychopath.

Every kid of a particular generation wanted a bullwhip thanks to Dr. Jones and the first part of Raiders. He manages to disarm a mutinous guide, proving that whips trump guns, so long as the person is within spitting distance. He then goes on to define a new kind of adventurer, who’s smart and inventive, but constantly behind the eight-ball and scrambling to figure it all out.

For true fans, Tim Curry is the indomitable Pennywise the eerie clown. But, brilliant as he was, he was ill served by the opening sequence of the 1990s film, which had him snatching a little girl away from some laundry. Here, Pennywise is where the book put him, lurking in a sewer—the natural habitat of the free range clown—and enticing Georgie to come down where everyone can float. It’ll not only exacerbate coulrophobia, but make you avoid sewer drains altogether.

There’s only one way to start a movie that confuses many audience members. That’s with loads of confusion. By the time you’re five minutes in, you’ve seen three versions of DiCaprio in several different states, none of which correlate to one another. Add in riots, gun-toting guards on a beach, kids making sand castles, a back room meeting during some gala, and you’ve got as much “WTF?” as a Salvador Dali painting.

Comic fans will never be able to agree on who is the best X-Man. The only consensus is that it’s not Cyclops. Most will tout Logan, aka Wolverine, as the zenith. But they’re in error. It’s actually the complicated teleporter Nightcrawler. Being able to see him “Bamf!” his way through secret service agents in live action like the acrobatic circus freak ninja that he is made many a dream come true.

Casino Royale introduced us to a fresh new Bond. As such, we needed to know what to expect from Daniel Craig when he donned the mantle of Jimmy B. Within no time, we’ve got him down perfectly. He hunts his prey methodically, stealing away their defenses before ever revealing himself as he lurks in the dark like a melodramatic B-movie villain. Yet, he’s more than happy to go hand to fist with anyone who steps to him, and will permanently end their assault by whatever means available.

As with James Bond, when you’re going to cast a new Clown Prince of Crime, you’ve got to let people know what’s about to hit their eye holes. Oh, sure, there’s going to be mayhem aplenty, along with droves of henchmen. Don’t fret your pretty little head about that. But this Joker isn’t just chaos given form. He’s got method to his madness. There’s wheels a-turnin’ and schemes a-hatchin’ even as he revels in the bedlam he’s built. Plus, you know he’s evil, because he kills veteran character actor William Fichtner, and no one with a moral compass could do such a thing.

Sex, ego, money, and no class sounds like Wall Street personified. Thus, it’s perfect to open Wolf with all these things. It hops from a phony ad that would make any late-night lawyer proud to an office betting on dwarf tossing, then on to a Ferrari as the voice-over corrects the color of this male-compensation on wheels. Balls to the wall and bragging the whole way, no movie besides Boiler Room captures the really seedy side of the stock market better, and no movie opening makes it seem more fun.

Easily one of the best Bond films (and one of the most underrated) is Goldeneye, a film where Pierce Brosnan breathed new life into the James Bond franchise after the Timothy Dalton era. While the ten minute-long intro scene is a slow build up of action, its the last two minutes that moviegoers will remember most: Bond Escaping via motorcycle, only to ride it off a cliff to commandeer a runaway airplane.

Through the years, the world has been able to see the evolution of the real Mark Zuckerberg from robotic wunderkind to robotic CEO to robotic manipulator of data. Though people with ears and eyes often accuse him of being a charmless zombie, when he’s played byJesse Eisenberg, with words from Aaron Sorkin in his mouth, and David Fincher running the show, he still is. But, in this case he’s a watchable charmless zombie.

One of the most horrifying parts of the 2009 Friday the 13th occurs in the opening credits, when the words “In Association with Michael Bay” appear on screen. Once that fright wears off, we’re treated to a camp counselor at the iconic Crystal Lake in confrontation with Pamela Voorhees, mother of Jason. Ms. Voorhees is promptly decapitated, but as with all mothers, that doesn’t stop her from nagging her child into picking up a machete to “Kill for mother.” It’s always a command and a guilt trip with moms.

Director cameos in movies rarely work. You need only look at M. Night’s turn in, well, anything. Actually, Quentin’s n-word laden stumbling block in the otherwise sublime Pulp Fiction is also a pretty good example. But, apparently when he’s giving a lecture about penis size and Madonna songs, it perfectly sets the tone for the uber-masculine crime tale that is R. Dogs. Throw in Buscemi whining about having to tip while Lawrence Tierney goes through his little black book, and you feel like you know the players in what is essentially a bottle drama.

Really, what the opening to Fury Road says is, “This is your pappy’s Mad Max.” It doesn’t dress Max up in new motley. It doesn’t give him a wisecracking sidekick. It doesn’t even alter Max’s seminal Interceptor, which is still a bitchin’ 1974 XB Ford Falcon Coupe. It has slavering lunatics with weird cars blowing Max up in a dystopian hellscape, all rendered with practical effects, then puts him up against impossible odds. That is just meat ‘n’ potatoes Mad Max. So get on board, bloodbag.

The first Deadpool manages to break the fourth wall inside of a minute. Unapologetically raunchy, self-aware, ultra-violent, and yet compelling, it does the Merc with a Mouth proud. When a film eschews ego even in the opening credits, it’s really reaching for new heights, or lows as the case may be. Perhaps only Punisher: War Zone is its equal in giving glorious homage to the source material.

Every Mike Myers is horrifying. This one stabs with a butcher’s knife, which is only half as painful as watching The Love Guru. What makes the opening to the original Halloween so frightening is both the first-person view, and the fact it brings horror to the suburbs. Freddy might haunt your dreams, and Jason will hack you up if you go to camp, but Mike Myers will come into your house without fear and punish you for your sexual malfeasance. Or your extremely limited sexual stamina. It’s not clear. The first sequence made people lock their doors at night, and mistrust anyone in a green satin sheen jacket.

Though often touted as a comedy, Super Troopers begins with a horror vignette. A group of fine, upstanding young men are treated to a surreal tableau as they are beset by law officers who seem capable of appearing out of thin air, knowing the thoughts of the men, smelling the scent of fear, and speaking directly to the mother of God herself. It’s an object lesson to any decent citizen about the dangers of just trying to go to Canada for some poutine. On the other hand, anyone familiar with the poutine of Tim Hortons knows any risk is worth the price.

Dear filmmakers. People will watch anything if you put Sam Elliot’s voice over it. He can make a vegetarian crave beef for dinner. He can make you tremble and be comforted at the same time. Yes, he can make a tumbleweed’s trek to the ocean seem a journey worth watching. But, if you’re going to use Mr. Elliot’s talents, then back it up with an enrobed The “Jeff Lebowski” Dude writing a $0.69 check for half & half. That’s how you reach the apex of your craft.

Brevity, it has been said, is the soul of wit. It was not said by an internet writer, but that’s not the point here. The point is that Martin Scorsese does in less than a minute and a half what many directors can’t do in whole motion pictures. He tells you what his three characters are all about. He doesn’t even need the whole minute thirty to do it, since almost half the time is spent pulling a car over. By the termination of this opening, it’s clear one character is an up close monster who carries a giant Bowie knife in his suit, the other is a cold closer who will kill with a pistol to be certain, and the last is basically a rube wheelman who “always wanted to be a gangster.” 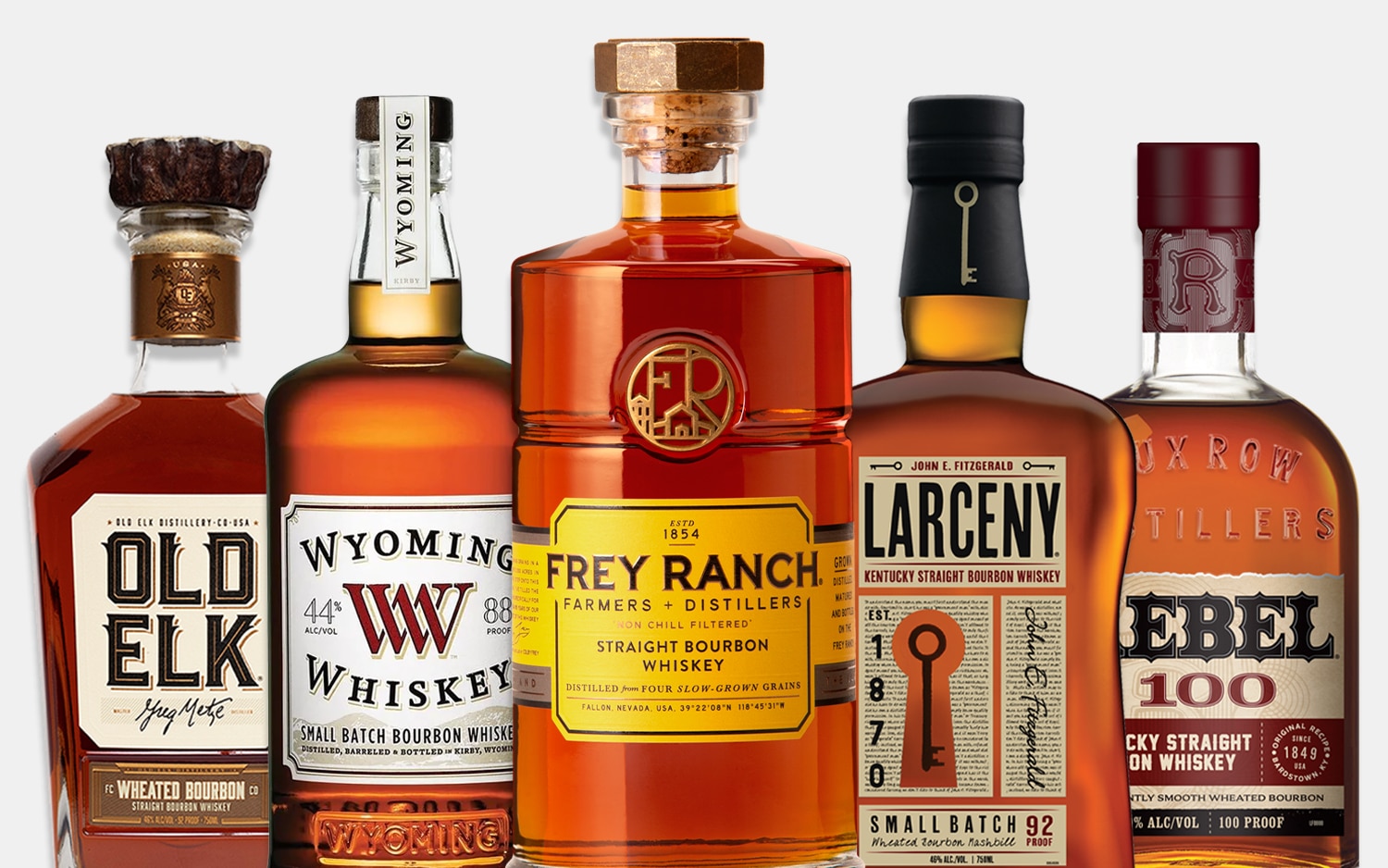 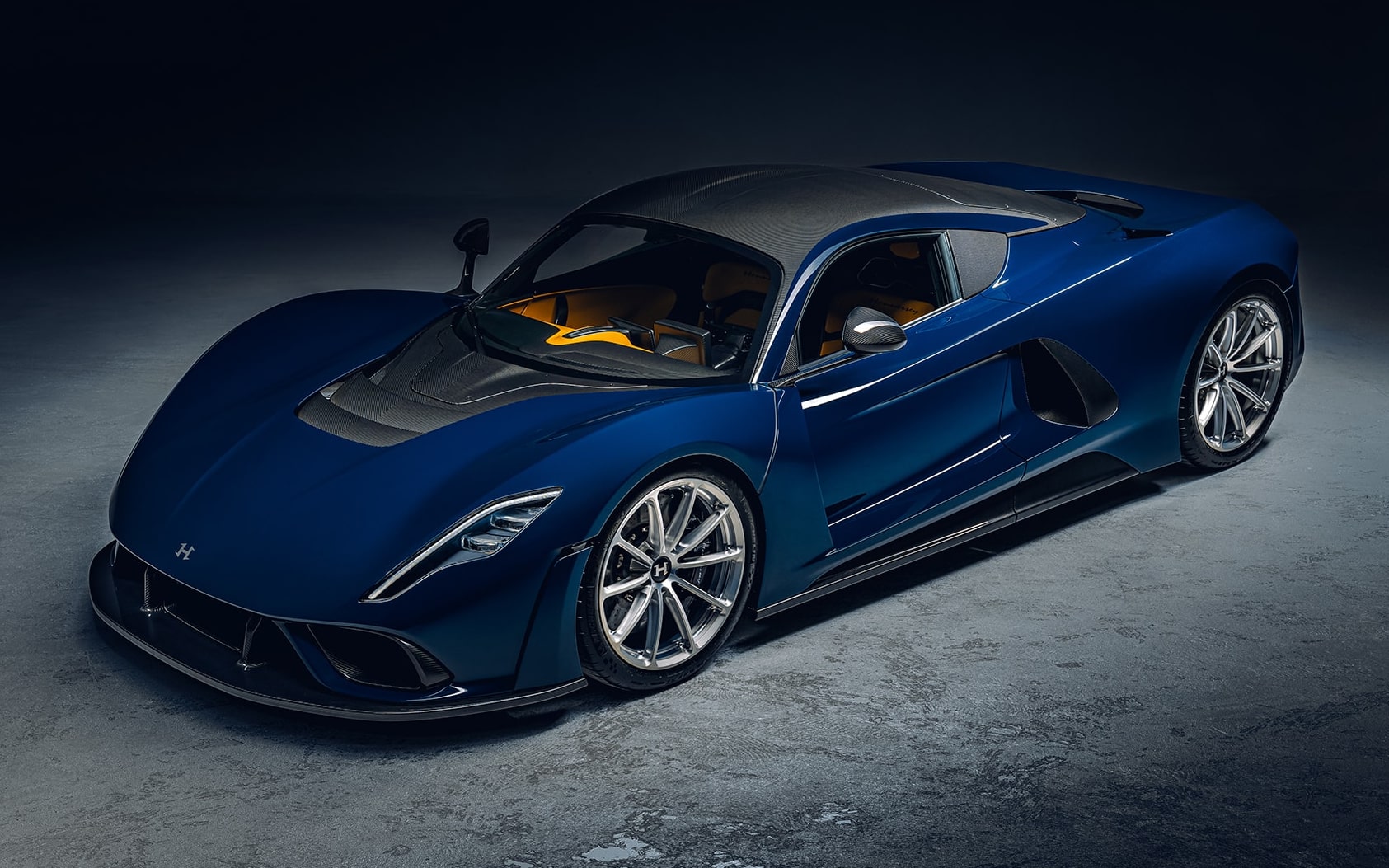