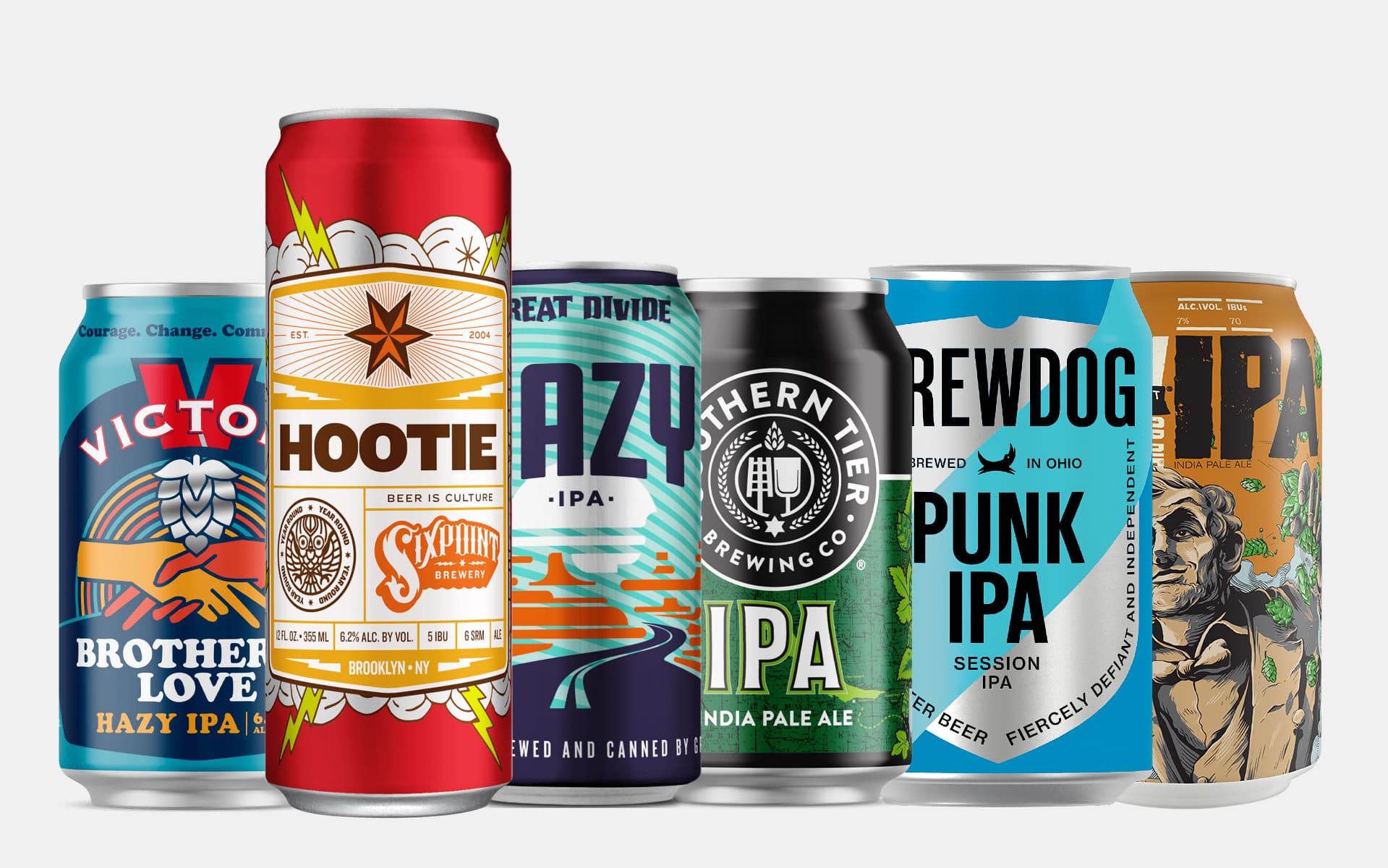 It’s a hot day and you ask your neighborhood barkeep for something refreshing. A moment later you’re presented with something you’d swear was orange juice with a head on it. You are about to enjoy a hazy IPA. And if you’re anything like us, you’re going to like what you’ve just been served.

The great thing about a hazy IPA is that most people who already enjoy the 300-year-old beer style known as India pale ale will also love the hazy version. And people who don’t tend to favor IPAs often find themselves drawn to this juicy, cloudy, hoppy refresher.

And it all starts with the stalwart darling of the craft brew scene, the IPA.

A hazy IPA is a variation on an IPA

What’s an IPA? You likely know a story that goes something like this: When English brewers sent beer to the British colonies in India in the 1700s, the heavily hopped ales were the only beers that could make the long ship voyage, thanks to the preservative qualities of hops.

But advertisements from English-run pubs in India at the time show a healthy supply of English brown ales were also available. The more likely story is the hops did indeed help keep the beer fresher, but also the lighter malt and hoppy bite made the brew far more refreshing than a dark and thick brown ale in a hot tropical climate.

Head to the New World a few centuries later and you’d witness the craft brewing explosion in the 90s, and if you had to pick one beer that exemplified that explosion, it’d be IPA. At one point, a true test of a brewery’s authenticity was found in its ability to brew a bitter, boozy hop bomb—and a true test of your dedication to the art of beer was whether you could happily toss back 300-IBU brews without crying.

Don’t get me wrong, a well made IPA, where the hop bitterness and the malt sweetness do a beautiful dance in the glass, is a thing of beauty. But there’s a reason bitterness can throw people off. Poisons are bitter. It’s an evolutionary protective measure to reject overly bitter stuff so you don’t, y’know, die.

And that is what makes hazy IPAs such a friendly, all-inclusive style. The beautiful hop aromas and flavors that make IPAs sing can be enjoyed by just about anyone who likes beer.

They’re juicy and fruity, without the addition of fruit or juice. They have a creamy texture, a full fruit basket of aromas, and the flavors are refreshing and vibrant without ever being cloying. With ABVs that range from big and boozy to all-day sessioners, there’s a hazy for all occasions.

Once upon a time, haze in a beer was anathema to a brewer, and to be fair, a cloudy beer can be a sign of an infected batch. Back when cask conditioning was standard, clarity was a sign that the sediment had dropped out and the beer was ready to serve.

Hazy IPAs are also called New England IPAs because back in the early aughts, legendary Vermont brewery The Alchemist released an unpasteurized, unfiltered IPA called Heady Topper. It was remarkably not clear, but it was delicious. Other brewers along the East Coast started brewing versions of the unclear flavor parties and the hazy IPA was born.

IPAs would still dominate the craft beer scene for another decade or so, but by 2017, East Coast, West Coast, Midwest and Southern brewers were all brewing up their version of the hazy. NPR ran a spot on the “haze craze” phenomenon and in 2018, the Brewers Association added “Juicy or Hazy India Pale Ale” to their Beer Style Guidelines.

That same year at the Great American Beer Festival, the American-Style IPA was, for the first time in ten years, not the style with the most entries—Hazy IPA beat out its older brother by more than 80 entries and has done so every year since.

The hazy’s rocketing popularity has pushed beer drinkers and brewers alike to seek out the haze. Opaque, cloudy, murky—it’s all desirable, but the fact is, haze is a byproduct. Brewing methods and ingredients make hazy IPAs look the way they do, but it’s all in service of other qualities, namely flavor, aroma, and mouthfeel.

First of all (though it comes last in the brewing process) hazy IPAs are unfiltered. Other beer styles, including American-style IPAs, are sometimes filtered for clarity and crispness. Filtering also helps extend a beer’s shelf life, removing things like dead yeast that can stale the beer quicker. It’s another reason hazy IPAs should be enjoyed fresh, which honestly goes for pretty much any beer with a healthy helping of hops.

Not filtering the beer leaves all the particulate matter behind. Not only does that contribute to the haze, it also leaves behind subtle aromas and flavors that can be stripped away during filtration.

In an American-style IPA, the hops are added to the brewing process early, during the boil, the step preceding fermentation. Boiling hops releases the cones’ alpha acids—compounds responsible for bitterness in beers. But the high temps also break down the hop oils that give off those bewitching aromas.

Hops are also added later, either just before or during fermentation. When things have cooled down, hop oils stay and alpha acids don’t come out to play. It’s called dry hopping and it’s when IPAs get all of that fresh, fruity, piney, citrusy aromas.

In a hazy IPA however, brewers either skip or add very few hops to the boil. Dry hopping is where 98 percent of their hop budget is spent, adding copious amounts of special strains—hops chosen for grapefruit, pineapple, melon, tangerine, and other Carmen Miranda-hat notes. The result is a particularly aromatic beer akin to walking through a Hawaiian farmer’s market in August.

Dry hopping with tons of hops leaves behind hop oils and particulates, yet another contributing factor to the haze.

Yeast for clear IPAs are often strains that will drop out of the brews, leaving behind a clearer beer. For hazys, brewers will use special strains of yeast that produce fruity-tasting esters (basically byproducts of the alcohol conversion process) packing even more fruit flavor into the brew. As you may have guessed by now, many of those yeast strains leave behind yeast sediment, adding more haze.

And finally (though it comes at the beginning of the brewing process) hazy IPAs will often employ grains that make the beer creamier, fuller, and smoother—a key feature of a good hazy. Where your standard IPAs generally stick to barley malts, hazy will sometimes invite oats and wheat to the mix. Both grains deliver that fullness and viscosity, a desirable trait in a hazy.

And yes. Oats and wheat in a grain bill make beers opaque and hazy.

Seriously, from start to finish—grain to hops to yeast to bottling—a hazy IPA has about zero chance of not ending up a thick, cloudy, OJ-resembling creation. But all of those factors come together to produce something that is fruity, refreshing, smooth, and one of the pure, unacquired, unchallenging pleasures in the beer drinking world.