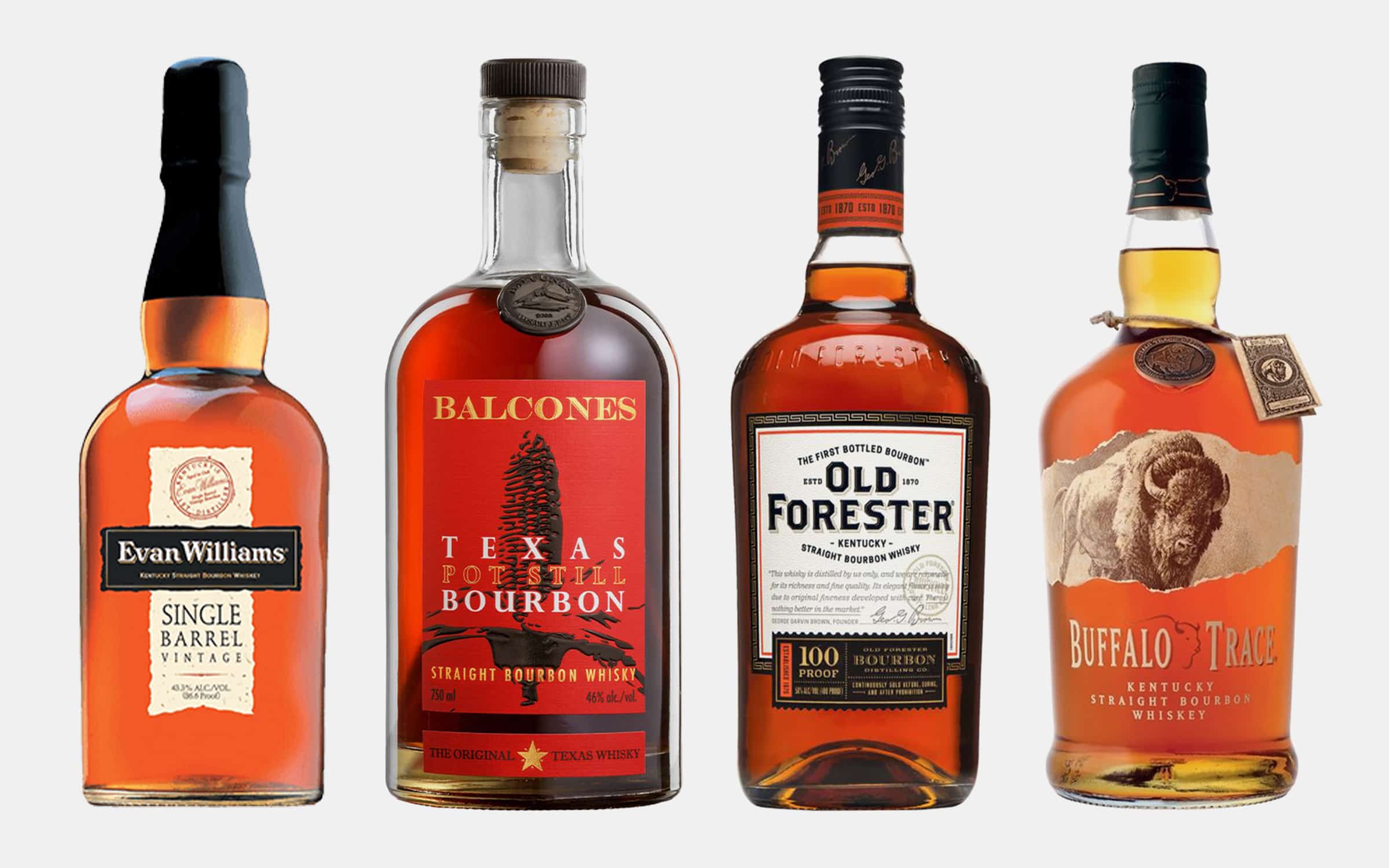 There’s a misconception that great whiskey must be incredibly expensive. It’s assumed that cheaper whiskey is guaranteed to be harsh, lesser-quality, and taste as inexpensive as the price tag. But that’s absolutely not true. Sure, you can spend hundreds (and even thousands) of dollars on long-matured, high-quality rye, single malt Scotch, bourbon, and other types of whisk(e)y. But you don’t have to. There are myriad nuanced, highly sippable bargain price bottles on the market. This is especially true when it comes to bourbon.

When we talk about bargain bourbons, we’re talking about whiskeys in the $30 to $45 range. This definitely isn’t bottom-shelf swill (although there are a surprisingly great many bottles to be found in the $20 range). We’re talking about lower-shelf bargains. These expressions have the perfect ratio of price to quality.

You’re not going to collect them. You’re going to buy them and drink them immediately on the rocks, neat, or mixed into your favorite cocktail. You’ll finish them and simply go out and buy them again. These are the types of bourbons that you center your bar cart around. The all-purpose tipples you never get tired of having around. The type you not only don’t feel bad about serving to your guest because of the price but because they’re pretty darn tasty too. Keep scrolling to see fifteen of our favorite bottles that absolutely fit this profile.

There’s a reason Wild Turkey 101 constantly makes the list for bargain bourbons. Aged in deep alligator charred American oak casks, this 101-proof whiskey is known for its robust, rich flavor. A favorite of bartenders, it’s well-known for its bold flavors of dried orange peels, vanilla beans, caramel, and subtle spice that’s just as well-suited for slow sipping as it is for mixing into your favorite cocktail.

Sometimes referred to as Yellow Label, Four Roses Kentucky Straight Bourbon is one of the best bargain bourbons on the market. This 80-proof expression is aged in new, charred American oak barrels for five years. The result is a memorable whiskey with notes of caramel apples, clover honey, butterscotch, and just a hint of spice at the very end.

Often, people overlook bourbons that aren’t produced in Kentucky and by doing this they leave out some great expressions. This is especially true with Texas’ Balcones and its Texas Pot Still Bourbon. This grain-to-glass whiskey was made using Texas corn. It was aged in new, charred American oak barrels resulting in an oaky, caramel-filled, vanilla, creamy, slightly nutty, completely memorable bourbon.

There are few better bargain bourbons than the classic “white label” Jim Beam. But if you want to step up the flavor without adding much money, Jim Beam Black Extra Aged is the way to go. This 86-proof, bold expression spends a few years longer in charred American oak casks than its counterpart. This results in a whiskey with noticeable hints of wood char, caramelized sugar, honey, candied pecans, and a slight note of spice that works perfectly in your favorite cocktail.

This award-winning small-batch bourbon has gained a loyal following in the last few years and for good reason. Just like the highly coveted Pappy Van Winkle, this soft, sweet whiskey gets its flavor from the use of wheat (instead of rye) as its secondary grain (after corn). This results in an exceptionally mellow bourbon with notes of clover honey, sweet vanilla, and sticky toffee pudding. The finish is warming, sweet, and pleasing.

Elijah Craig is named for the man who is often thought of as the inventor of bourbon as he was the first to age corn whiskey in charred barrels. The small-batch bourbon that carries his name is aged in new, level 3 charred oak casks, creating a spicy, slightly smoky expression with flavors like oaky wood, clover honey, toasted marshmallows, and a gentle spicy finish.

There are few bottles better priced than Knob Creek 9. It’s less than $40, 100-proof, and aged for a minimum of nine years in new, charred American oak barrels. This results in a potent, rich whiskey with notes of wood char, buttery caramel, sweet treacle, chocolate fudge, and a spicy finish. It’s so good you won’t even want to mix it with anything.

On top of being a great bottle of whiskey, Maker’s Mark is always cheap and is available pretty much anywhere. Much of its appeal is the use of red winter wheat as the secondary grain. The result is a soft, mellow sipping whiskey with notes of toffee, vanilla beans, sweet pecans, and just a wisp of peppery spice to round everything together nicely.

A poorly made, low-quality 100-proof bourbon might be harsh and filled with uncomfortable heat. This definitely isn’t the case with Old Forester 100. Even with its low price and high proof, it’s highly drinkable and surprisingly smooth with notes of oak, dried fruits, cinnamon, vanilla, and caramel. It’s a great base for an old fashioned or your go-to bourbon-based mixed drink.

For bourbon beginners, Indiana might not seem like a center for bourbon production. But with the likes of Redemption and the giant MGP distillery, it should be. Redemption Straight Bourbon is one of the best bargains in the whiskey world. This high-rye (21 percent) bourbon is known for its spicy flavor with hints of caramel, vanilla, honey, and peppery rye. It’s a great whiskey to bridge the gap between rye and bourbon drinkers.

Buffalo Trace makes some of the most beloved, sought-after bourbons in the world. But even with the likes of Weller, Stagg, and Pappy, there is no greater bargain bottle than its own Buffalo Trace Kentucky Straight Bourbon. Known for its flavors of dried fruits, wood char, vanilla, maple syrup, and brown sugar, it’s the perfect base for any whiskey-based cocktail.

Old Grand-Dad is one of the most underrated whiskeys on the market. Its Bonded version is also a bartender’s favorite and one of the best bargain bottles available. It’s bold, robust, and highly versatile. This high ABV high-rye expression is known for its notes of caramelized sugar, wood char, caramel corn, candied orange peel, and cracked black pepper.

No bargain bourbon list is complete with the addition of Bulleit. It’s cheap, well-made, and readily available. This high-rye bourbon has a mash bill of corn, rye, and malted barley as well as a proprietary yeast strain and Kentucky limestone-filtered water. This results in a slightly spicy, well-rounded, complex whiskey with hints of charred oak, toasted vanilla beans, toffee, marzipan, and just a hint of spicy cracked black pepper.

Whenever bartenders talk about bottom-shelf gems, the name Evan Williams always comes into play. Sure, you can grab the brand’s flagship black label expression. But for slightly more money, you can grab a bottle of its Evan Williams Single Barrel Kentucky Straight Bourbon. Aged between seven and eight years, it carries flavors of clover honey, rich oak, candied orange peels, and caramel apples. The finish is warming, mellow, and sweet. 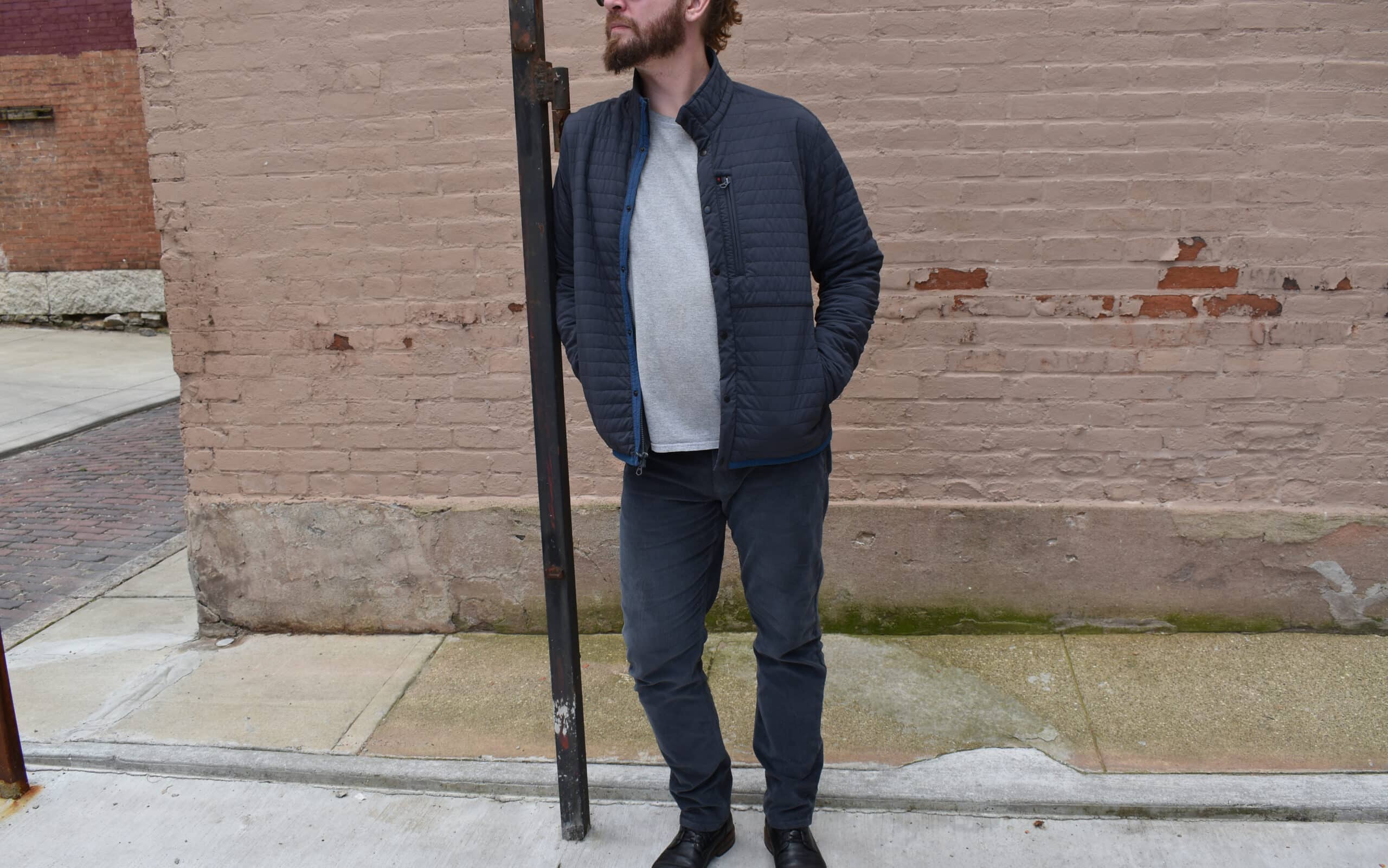